Retailers in Hong Kong’s Central business district have endured more bad news than good over the past year, but the area still has cachet with international brands looking to enter the Hong Kong market.

In early December, Dutch tailor Suitsupply opened its first boutique in the city, taking a large space on Ice House Street. The move is a statement of confidence in Hong Kong retailing, according to the company’s founder and chief executive, Fokke De Jong.

Suitsupply’s arrival is a stark counterpoint to the departure, actual or pending, of big fashion retailers from Central such as American giants Coach and Abercrombie & Fitch, the latter set to vacate its Pedder Building premises with their HK$7 million-a-month rent. Suitsupply’s Ice House Street location is impressively large at 6,700 sq ft, making it one of the biggest high-fashion store openings anywhere in Hong Kong in 2016.

The store has a small ground-floor entrance but opens out into a sprawling first floor that features sections for bags, shoes, evening wear and made-to-measure tailoring. De Jong says locating the store away from street level and making it less obvious and visible is deliberate and part of its “location-based” strategy.

Suitsupply, which eschews all traditional forms of glossy fashion advertising, relies instead on its retail experience, which is both old and very new. For example, De Jong says the brand has tailors at all the company’s stores, who can provide tailoring services within half an hour. He says that few other quality menswear brands offer such immediate service.

As well as challenging the traditional tailors in the city and fast fashion retailers such as Zara and Massimo Dutti, Suitsupply is a direct challenge to higher-end luxury menswear brands with its accessible pricing – an alterable Italian-style grey wool suit can cost as little as HK$3,000, several thousand dollars less than some of the more stellar Italian and British menswear brands.

How is Suitsupply able to provide such high quality at relatively low prices? De Jong says the key is the “vertical” nature of the company: “We design, manufacture and sell … everything is in our own hands.”

Having out-of-the-way locations which cost less to rent and relying on social media instead of traditional advertising keep expenses down too, he adds.

Suitsupply was established by De Jong in 2000, during his time at university, when he would travel to Italy buying up suits and then selling them on campus. De Jong became so successful at it, he quit his studies and began selling clothes full-time, although scaling up Suitsupply was fraught with challenges.

“Nobody wanted to sell their fabrics to me at first,” says De Jong, who insisted on using the best Italian fabric mills for his suits. He says it took a great deal of time and effort to build relationships with Vitale Barberis Canonico and Reda, two of the more famed mills from the Biella region which supply the likes of Ermenegildo Zegna. Today, Suitsupply is one of the Biella region’s biggest customers and De Jong says his company has helped secure jobs in the area.

Returning to the theme of opening in Hong Kong during a dip in retail fortunes, De Jong says Suitsupply has always taken a different path to traditional retailers. Though the Hong Kong store has only been open a short while, De Jong is confident Suitsupply’s offer will resonate with Hong Kong men. 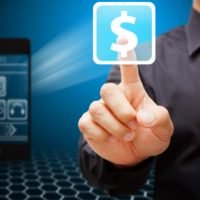 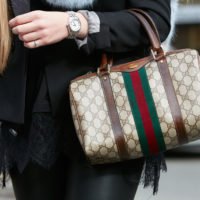