Why global retailers are betting on Muslim fashion

‘Muslim Chic’ is one of the biggest trends in the fashion industry, with big brands like Mango, Tommy Hilfiger and Dolce & Gabbana all having released special collections for Ramadan.

According to Mariam Sobh, founder of the Muslim fashion blog and YouTube channel, Hijab Trendz, “the Muslim consumer market is worth US$170 billion” in the United States alone.

The Muslim population is also expected to grow twice as fast as the global population, according to CCTV, meaning nearly one-third of the world’s population will be Muslim by 2050.

In May, Istanbul hosted the world’s first ever International Modest Fashion Week with designers represented from Turkey, Malaysia, Indonesia, the United Kingdom, Belgium and even Sweden.

Meanwhile, Indonesia is looking to establish itself as a regional Muslim fashion hub by 2020, according to Channel News Asia. As a start, the Indonesian Fashion Chamber and Indonesia’s Trade Ministry hosted the inaugural Muslim Fashion Festival (MUFFest) this past May, coinciding with the start of the country’s Ramadan period when consumer spending is high.

“In Ramadan time, people spend on clothes. They believe when its Hari Raya, on the biggest day of Muslims, you have to appear new. Not only spiritually, but also your entire outfit,” said Taruna Kusmayadi, an advisory board member of the Indonesian Fashion Chamber.

MUFFest is scheduled to be an annual affair that’s expected to scale up with every year. According to the “State of the Global Islamic Economy Report 2015-2016” by Thomson Reuters, Indonesia’s fashion market ranks fifth in terms of the world’s largest Muslim fashion markets below Turkey, UAE, Nigeria and Saudi Arabia, and is currently valued at US$12.7 billion. 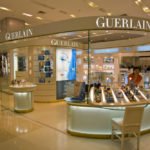 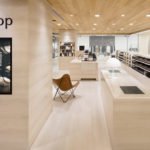