Pandora said it expects to make less sales revenues in 2018, despite plans to open some 250 retail stores globally, of which 25% will be in Asia-Pacific. Meanwhile, the ailing Danish jeweller dismissed its CEO last week amid staff cuts of hundreds of employees.

Anders Colding Friis is stepping down as President and CEO of the company effective as of 31 August 2018. Pandora’s CFO, Anders Boyer, and the newly recruited COO, Jeremy Schwartz, who joins September 1, will be jointly responsible for replace Friis until a new CEO is found, according to a press release from the Copenhagen-based firm.

Pandora adjusted its 2018 financial guidance for 2018 just three days prior, and said the move reflects lacklustre results for the second quarter, as well as weaker than anticipated total like-for-like sales-out growth in July.

Pandora said new charms have failed to sell as well as expected, adding that a change in inventory levels and a soft performance in the wholesale channel have also made a negative impact on revenues.

For 2018, expected revenue growth is now 4-7% in local currency from the previously 7-10%. Finally, Pandora said it now expects its earnings before interest tax depreciation and amortisation margin to be 32%, down 3 percentage points from its previous forecast.

Furthermore, Pandora said it expects to add around 50 more concept stores in 2018. Some 60 of these are slated for the Asia-Pacific region.

In July, Pandora lowered its prices in China across its jewellery collections for instore, online and on Tmall.

“We are committed to servicing our Chinese customers and are very pleased with the opportunities for continued growth in China,” said Kenneth Madsen, President of Pandora’s Asia Pacific region.

“This price reduction across our jewellery assortment is one element in our strategic programme to limit grey market trading of our products in China, and continue to enhance our customer experience in the world’s largest jewellery market.” 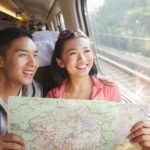 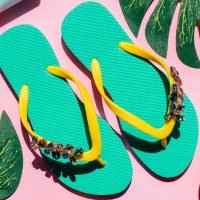