Japanese apparel giant Uniqlo is collaborating with Jonathan Anderson. The Irish designer, who is creative director of Loewe as well as his namesake London-based label, joins a roll call of major designers and other figures who have previously collaborated with the brand, including Jil Sander, Carine Roitfeld and Inès de la Fressange.

“Collaborations are incredibly important in design,” said Anderson. “When I think of Uniqlo, I think of things that are perfectly made, that people have spent a lot of time considering; it’s a difficult job, and I think Uniqlo do it very well. Working with Uniqlo is probably the most incredible template of democracy in fashion, and it’s nice that my design can be accessible to anyone, on all different levels.”

Speaking to BoF, John C. Jay, Fast Retailing’s president of global creative, said of Anderson: “He is both a connoisseur of tradition and yet he defies tradition… The British tradition of dress — sweaters, trench coats — all of these things are very interesting to us, so how do we take that essential and give it a fresh spin? We need help with that, we need someone to develop it. And someone with his eye and his talent, it’s extraordinary.” Uniqlo may not consider itself a fashion brand, but designers like Anderson “help us redefine what a basic is. Let’s rethink that. That’s why we need their talent,” continued Jay.

“Much of the clothing we wear today has a long history, and many styles originated from uniforms or work wear,” added Yuki Katsuta, senior vice president of Fast Retailing and head of research and design at Uniqlo. “The British Isles constitute a treasure house of such apparel, with duffle coats and fisherman’s sweaters being just two examples. In partnering with J.W. Anderson, one of Britain’s most innovative and creative brands, we will tap into traditions while pursuing progress in design and fabrics, to craft styles that are enduringly appealing.”

Anderson, 33, rose to prominence on the London Fashion Week schedule as a provocative menswear designer. He launched womenswear in 2010 and was appointed creative director of the Spanish leather goods brand Loewe in 2013. The designer’s collaboration with Uniqlo sees him return to the high street for the first time since 2012, when he designed two limited edition collections of clothing and accessories for British retailer Topshop, both of which sold out within hours of launch. 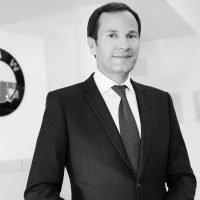