Uniqlo owner Fast Retailing Co. is betting that speed, both in supplying its stores with the latest fashion and getting custom-made products to shoppers, will allow it to overtake apparel powerhouse Zara.

Fast Retailing plans to shorten the time it takes from design to delivery to about 13 days, roughly the same as Zara, owned by the world’s biggest clothes retailer Inditex SA, Uniqlo’s billionaire owner Tadashi Yanai said in an interview at the company’s new design and delivery center that opened Thursday in an industrial area of Tokyo. The new complex will also help Uniqlo expand direct-to-consumer, custom-clothing sales and improve the efficiency of its same-day delivery in the Tokyo area, he said.

“We need to be fast,” he said. “We need to deliver products customers want quickly.”

Japan’s biggest clothing retailer aims to increase total revenue by nearly 70 percent to 3 trillion yen ($26 billion) in the fiscal year ending August 2021. While that may still not be enough to overtake Inditex, which reported sales of $25 billion in 2016, Yanai said Fast Retailing’s focus on clothes that meet consumers’ daily needs will help propel its growth.

“Zara sells fashion rather than catering to customers’ needs,” said Yanai. “We will sell products that are rooted in people’s day-to-day lives, and we do so based on what we hear from customers.”

Overseas markets, notably in Asia, will grow to contribute about two-thirds of Fast Retailing’s revenue in the next four years, up from about half currently. Uniqlo will open 100 new stores in China and another 100 in Southeast Asia annually, he said.

After posting revenue growth of more than 20 percent for three straight years, sales took a hit in the last fiscal year. The growth rate slowed to 6 percent after Uniqlo raised prices due to higher raw-material costs. Following the slowdown, the company U-turned on its pricing strategy and said it was committed to delivering the lowest price possible, but was forced to roll back its 2021 revenue target to 3 trillion yen from 5 trillion previously.

The company wants to automate operations as much as possible, including tracking products from packaging to delivery and using artificial intelligence to predict sale patterns. There are plans to replicate the Ariake facility in overseas markets within the next three years, Yanai said.

“Speed is definitely more important. Yanai used to think it is okay to have a slower cycle because it is selling life-wear,” Chelsey Tam, an analyst at Morningstar Investment Services in Hong Kong, said by phone. “Your cycle can be a bit longer than Zara, but it is important to improve your efficiency. ”

Within three years, Fast Retailing wants to expand the selection of custom-made products available to customers, according to Yanai.

Fast Retailing started off as a small menswear retailer in Yamaguchi prefecture in western Japan. Since Yanai took over the business from his father in 1984, he has turned it into the country largest apparel maker. 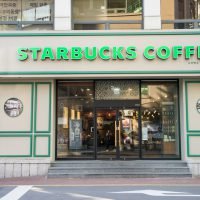 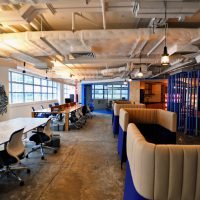 How good are Hong Kong’s start-up incubators and accelerators?