Under Armour braces for first loss since IPO

Under Armour is poised to report its first quarterly loss since going public in 2005, a setback for a high-flying growth company that’s already had a tumultuous start to the year.

The sports-apparel maker in January cut its growth forecast, sending the stock plummeting. Soon after, Chief Executive Officer Kevin Plank’s favorable comments about President Donald Trump sparked a consumer backlash. Plank, who founded the company, also raised eyebrows this month when a proxy filing showed that businesses he controls received $73 million in payments from Under Armour.

“Under Armour has gone from being an incredibly loved stock to now having a lot of concern around it,” said Simeon Siegel, an analyst at Instinet LLC. Negative sentiment on Wall Street, he said, “has hit a fever pitch.”

SEE ALSO: Why fashion is being killed by athleisure?

On Thursday, the athletic brand will probably post a loss of about 4 cents a share in the first quarter, according to the average of analysts’ estimates. Revenue projections call for 5.9 percent growth to $1.11 billion. That would mark the company’s first dip below double-digit gains since the height of the recession in 2009.

Under Armour’s prospects have done an about-face as it struggles to recapture the rapid growth that saw revenue double about every three years. Plank has blamed the company’s woes on overall retail weakness and store closings, including the liquidation of key customer Sports Authority. The result has been a glut of merchandise, meaning profit margins took a hit as discounting was needed to clear it. In January, the company lowered its forecast of 2017 revenue growth to as much as 12 percent from the low-20-percent range.

Under Armour shares have fallen 33 percent this year after dropping 30 percent in 2016. They slid 0.5 percent to $19.44 at 9:35 a.m. in New York on Wednesday, with its price trading at about half the level of seven months ago. 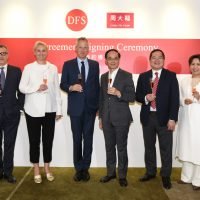 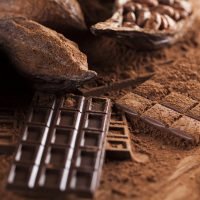 India is among the world’s fastest growing chocolate markets