This year was an exceptional one for independent luxury stores and the biggest names were at the top of their game, creatively outdoing one another each step of the way.

Most notably, with streetwear strongly part of the high-fashion vernacular nowadays, it is no longer a surprise to see shops place astronomically-priced brands next to mid-range streetwear labels.

It all comes down to a careful curation and not only did some of our favorite spots refine their stock list but they also went a step above by delivering exciting activations and must-have collaborations.

Whether it was a pop-up shop partnership with a music artist, an in-store art installation or a well-aligned product collaborations, it was evident that the most focused boutiques had the goal in mind to bring hordes of customers through their doors. While selling out product was a plus side to it all, the more important factor was continuing to bolster their reputation as elite purveyors of quality goods. And for some, especially the names we have listed below, they continued to make their mark with class and an undying commitment to their customer base.

1. Maxfield LA
Los Angeles’s Maxfield and Maxfield Gallery crushed the competition in terms of pop-up installations. They were already a cut above the rest when they partnered up with Vetements in January for a Dry Cleaning-themed space, then Fear of God followed suit as well as a team-up with music acts such as Daft Punk and Guns N’ Roses. Needless to say, Maxfield was the king of pop-ups in 2017.

2. colette
It will be hard to see colette go as it closes its doors this December. Despite this, the iconic French retailer continued to show love for indie labels possessing great potential. Considered as “the trendiest store in the world,” colette brought us a slew of special activations and collabs this year including a Balenciaga takeover, a Chanel partnership that produced one of the most coveted Pharrell adidas Hu NMDs ever made and a Saint Laurent pop-up for its grand and final opus.

3. KM20
Olga Karput is a true visionary and her newly-opened mega store, KM20 in Moscow, has without a doubt cemented the city and the country of Russia as a true force in fashion. It’s an outpost for the coolest of the cool with the likes of Gosha, Virgil and Heron having had a helping hand in putting it on the map. But with Olga’s continued focus, KM20 is poised to make some even bigger waves this upcoming year.

4. Dover Street Market London
No other retailer in the world can add whimsy and wonder to a shopping experience quite like Dover Street Market. Its London flagship had a monumental 2017 spearheading a number of collabs ahead of its competitors. The brand forges on as a formidable name in fashion and this year was just another impressive milestone for its creators Rei Kawakubo and Adrian Joffe.

5. KITH Manhattan
Ronnie Fieg had another big year with the grand opening of the new Manhattan KITH store in Soho. In addition to his long list of collaborations in 2017, Fieg also brought something new to his shop’s latest outpost — an art gallery in partnership with friend and collaborator Daniel Arsham. KITH’s name continues to expand globally but Fieg’s quest for domination will always be rooted in this particular New York location.

6. HAVEN
HAVEN was another store that relocated and reopened — it’s now a bigger and brighter space located at 190 Richmond Street East in Toronto. HAVEN’s rep has always preceded itself as a first-rate curator of fine Japanese streetwear and sneakers. Now, it has an even better outpost to house these hard-to-find gems. In addition to celebrating its 10th anniversary this year, HAVEN also debuted an in-house line of garments and accessories.

7. SSENSE
SSENSE has firmly established itself as a top online shopping destination. The retailer does have an outpost in Montreal but most of its efforts are dedicated towards its web presence. With that said, much praise should be given to how SSENSE has transformed itself to become a triple threat in 2017, as a quality online shop, a cutting edge brick and mortar space and a must-read editorial site, all this thanks to founder Rami Atallah and 032c’s Joerg Koch.

8. END.
Online and offline shoppers will always be lucky to have END. The U.K. shop, which also has a newly-opened Glasgow outpost, had a massive 2017 with its unforgettable sneaker and fashion collaborations. END.’s brand list continues to grow and more careful consideration is being taken to assure customers not only get the best products but the finest service, whether that’s fast shipping times or the not-to-be-missed discount codes and sales.

SEE ALSO : Is denim coming back?

9. Slam Jam Socialism
Globally, Slam Jam has defined the cool allure of streetwear for decades. 2017 brought the brand plenty of collaborations with some of the industry’s most respected brands, like 032c, NEIGHBORHOOD and Carhartt WIP. It also upped its editorial game through behind-the-scene stories and interviews alongside important street culture figures. SJS’s stock lineup remains healthy and its special events continue to give strength to the surrounding community.

10. GR8 Tokyo
Japan has always been at the forefront of streetwear and GR8 is one of the retailers in Tokyo making some groundbreaking moves. For one, its brand list is made up of all the who’s who in streetwear today. There’s a progressive mindset to the curation and it trickles down to the shop’s ultra-hip brand identity and special store activations. 2017 was a breakout year for GR8 and it’s an establishment worth paying attention to in 2018. 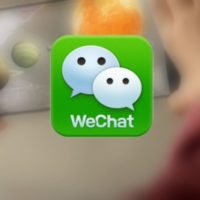 WeChat and Guangzhou government to introduce WeChat ID
Next Article 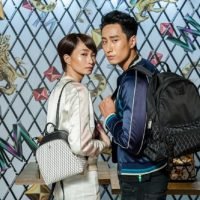