The Asian side of Moncler’s Genius Project

Debuted at Milan Fashion Week during February of this year, French-Italian outerwear brand opened up eight spaces in the Moncler Genius building to exhibit their eight collaborations with makers across multiple disciplines.

Collections that would be released from June to October 2018 were showcased from Pierpaolo Piccioli, Moncler 1952, Grenoble, Simone Rocha, Craig Green, Noir Kei Ninomiya, Fragment Hiroshi Fujiwara, and Palm Angels, and aptly referred to in totality as “a republic of imagination.”

Months later, we’re finally seeing the first release from Moncler’s Genius Project and it comes from modern renaissance man Hiroshi Fujiwara. Best known as a Japanese streetwear designer, he is responsible for Nike’s HTM designs and his own label and agency known as Fragment as well as being the first DJ to bring hip-hop to Japan and his work with brands like Supreme, Levis, Stussy, and Beats by Dre.

For his partnership with Moncler, the once-DJ/producer and always disruptive multi-hyphenate presented the 7 Moncler Fragment Hiroshi Fujiwara collection, and with its release Fujiwara selected six individuals (plus himself) with similar interests across seven cities. With him kicking off the release in Florence, Italy, DJ Kitty Cash represented New York, a friend of Cash and equally as fashionable DJ Siobhan Bell held down London, French singer-songwriter Eddy de Pretto launched Paris, entrepreneur, singer-songwriter Chau Pak Ho was in Tokyo, singer Crush represented Seoul, and the rapper-singer Vava launched Beijing.

Each city and individual kicked off the first of two releases of Moncler and Fujiwara’s (one now with a second in December). New York’s representative Kitty Cash put together a playlist that included “Praise The Lord” from A$AP Rocky and Skepta, “Come Over” from The Internet, and “Hater” from Key!.

“I wanted to keep the song collection current and youthful; a mix of underground and mainstream Hip-Hop and R&B tracks. Underground was important to focus on because it kept with the tradition of introducing new artistic movements that Moncler has become known for,” Cash says. 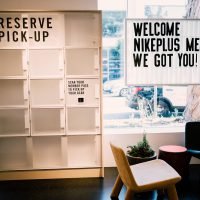 Have you seen Nike Live Store?
Next Article 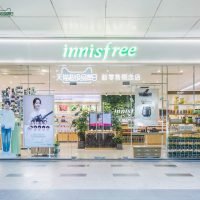 innisfree and Tmall team up for new beauty shopping experience