Switzerland’s Swatch Group said that the first-half of 2019 witnessed growth in major markets, which include Mainland China and Japan, and across the entire watchmaker’s price segments.

The owner of Longines, Omega and Tissot watches, as well as its namesake Swatch brand, reported a 4.4% dip in total sales for the six-month period, to 4.078 billion Swiss francs.

Sales were lower-than expected by analysts, although profit was ahead of forecasts, said Reuters.

Swatch sales were hit by a decline in Hong Kong, which has been adversely affected by political protests in recent weeks. Hong Kong is the largest for Swiss watch exports in the world, and is an important market for Swatch.

“Sales in Hong Kong, an important sales market with attractive margins, suffered from political turbulence. This resulted in a double-digit decline in sales,” the company said.

Meanwhile, Swatch said it took “uncompromising action” against grey market dealers, especially in Europe, the Middle East, Eastern Europe and South America, at the expense of a negative impact on sales in the first-half of the year in the triple-digit millions.

“In the long term, this will lead to positive effects, especially in the major markets,” added Swatch.

Looking ahead, the group said it anticipates strong growth in the second half of 2019, due to continuing solid demand in its most important markets and the launch of new products by all brands across all price segments.

E-commerce, especially in the middle and basic segment, is also expected to generate growth.

SEE ALSO : From today, CLUSE watches is also for men

For the full-year 2019, the group added that it expects positive sales growth, in comparison to the previous year. 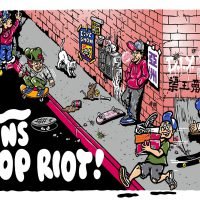