Sneaker shops are a runaway success in Singapore

In the span of only seven months, no fewer than three multi-brand sneaker shops have popped up in Singapore, with a focus on non-performance, lifestyle sneakers.

Multi-brand sneaker shops may not be a new phenomenon, but Singaporean retailers say they have seen a greater demand for them in recent years due to a variety of reasons.

These range from the rise of the athleisure trend to sports brands producing a wider selection of styles to more women buying them. A blanket term for activewear that is not meant for performance sports, athleisure is on the rise and has seen the evolution to a more relaxed and casual wardrobe.

Bolstered by high-fashion offerings from designers such as Alexander Wang and Karl Lagerfeld for Chanel, this trend has paved the way for sneakers to move seamlessly from basketball courts to boardwalks.

Mr Philippe Le-Bretton, 53, general manager of Puma Southeast Asia, adds: “Today, more than ever, we see fashion and sportswear merging in the gym and on the track and streets.

“Athleisure has become increasingly acceptable and many consumers are quickly jumping on the trend.”

The revival of heritage shoe models, such as the adidas 1960s tennis Stan Smith shoes, has also led to a renewed interest in sneakers as fashion wear, especially for those in love with nostalgia.

But sneaker companies are not merely rehashing old models – they have also widened their offerings to meet the needs of their consumers who want shoes that are both stylish and functional.

Whereas in the past, sneakerheads tended to be predominantly male, in recent years, they are finding new fans among Singaporean women. 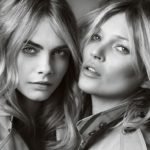 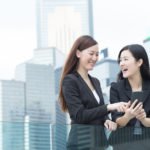