The French Riviera has long been the bastion of chic and as such has inspired countless fashion brands that promise to recreate its jet-set look, from Vilebrequin swimwear to K. Jacques sandals and APM Monaco jewellery.

The one that carries its name, however – a footwear brand that recently opened its first pop-up store at Kapok in Hong Kong – isn’t about emulating the style of its rich and famous residents.

“It’s more about recreating a lifestyle, or a feeling. Our products are not aspirational – we want our customer to be able to buy more than one pair because it not only looks good, but it’s easy to wear with everything,” Rivieras co-founder Fabrizio Corveddu says.

Former marketing executive Corveddu founded the brand with his creative director cousin Dan Amzallag almost a decade ago. Interestingly, the inspiration for its first and most popular style didn’t come from France, but from a popular shoe worn in Spain in the 1950s that resembles a moccasin.
To bring it into the 21st century, the duo altered the silhouette slightly and added functional details including a leather sole, before launching it in three colours. Within a year it was picked up by cult retailers, including Dover Street Market, Colette and Opening Ceremony.

Since then Rivieras have become a summer essential for hipsters looking for a more stylish alternative to flip-flops. While the simple, no-fuss shape of its shoes is still a major draw, the brand focuses on fashionable details to keep customers coming back.
For example, the classic comes in single colours as well as three subcategories – called 10°, 20° and 30° – which refer to the amount of foot coverage the shoe provides.

“The 10° provides full coverage, meaning the back and front of the shoe are made from a solid fabric, while a 30° style will feature an open weave fabric so it looks lighter and more summery,” Corveddu says.

In addition to the classics, which take up most of the collection each season, the duo has added new series such as the Tour du Monde (Around the World), which plays with different colour blocks inspired by different countries, as well as new silhouettes including the Smoking style, which comes with an adjustable elastic bridle.

With any specialist brand, however, there is the risk of being pigeonholed, which is why Riviera has collaborated with other brands and designers – including Christophe Lemaire, Clot and St James – on capsule collections. They also experimented with more wintry ranges, before realising that being season specific is what gave their products an edge over competitors.

“There’s a space for everybody, which is why we stick to our proposal. Fashion is a constant cycle, things come back so quickly then they disappear. Sometimes we lose attention and then people come back. I feel this summer, people are coming back to this look, style and feeling,” Corveddu says.

That’s not to say that he doesn’t have big ambitions for the brand. He recently launched a small accessories collection in the Paris store featuring summer essentials such as towels, bags, hats and swimming shorts, although his ultimate goal is much bigger.

“I want to create a Rivieras resort that will completely embody the lifestyle that we represent,” he says. 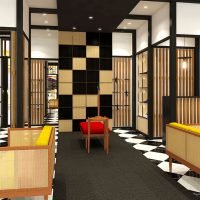 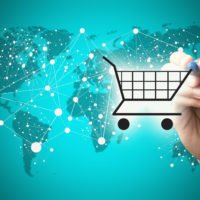 Chinese cross-border online market is yet to be dug out