Prada SpA’s interim net income fell by a worse-than-expected 24.8 per cent, after terror attacks in Europe in the beginning of 2016 scared off tourists, and Chinese shoppers bought fewer bags, shoes and dresses from the Italian fashion designer.

Net profit fell to 141.92 million euros (HK$1.243 billion) in the first half ended July 31, from 188.59 million euros in the same period last year. That’s worse than the 153.54 million euros consensus estimates in Reuters’ poll of analysts.

The century-old Milanese firm is the latest luxury designer and retailer to bear the brunt of declining sales to Chinese consumers, hurt by deteriorating geopolitics in Europe and the fear of terror attacks.

The French embassy in Beijing said it issued just 320,000 visas in China for the first six months of this year, a drop of 15 per cent from a year earlier.

“The geopolitics have affected tourist growth around the world,”chairman Carlo Mazzi said on a Friday conference call. Prada’s total retail revenue tumbled 17.8 per cent to 1.28 billion euros, dragged down by a 24.4 per cent plunge in sales in Greater China.

None of Prada’s major regional markets, including Japan, the Middle East and the Americas, reported any sales growth in the first half.

First-half sales in Europe shrank 20.5 per cent to 271 million euros from a year ago, amid safety concerns from a string of terrorist attacks.

Adding to the woes of luxury retailers, China’s economy is expanding at the slowest pace in decades. Combined with a government crackdown on corruption and the banning of ostentatious gift giving, the appetite among Chinese consumers for luxury brands including Prada, Burberry and Gucci has waned.

A depreciation in the Chinese currency also pushed consumers to seek alternatives to luxury imports to extend their spending power. 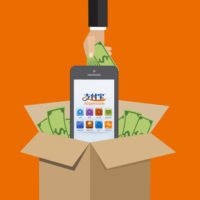 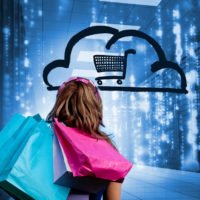