Prada to close store at The Peninsula Hong Kong this month

Following other international fashion labels, Italian luxury brand Prada is scheduled to close its store at The Peninsula in Tsim Sha Tsui on 31 December, according to a report published by Sing Tao Daily.

The 3,000 square feet Prada Hong Kong store is located at The Peninsula, occupying the ground floor shop No. W1, 3, 5, L 7 and 8. The Italian luxury label is reportedly paying HK$2.4 million in rent each month.

The brand will move out at the end of this month, which is the end of its lease. Currently, the Italian fashion house operates 10 stores in Hong Kong.

Sing Tao Daily also reported that the landlord will divide the above site into four stores after Prada moving out.

Commenting on the closure, Pascal Martin, partner of OC&C Strategy Consultants said The Peninsula is now in competition with many other luxury hotels and alternative store locations in Hong Kong malls, making it a lesser magnet for high-income customer traffic.

“One could speculate that the performance of luxury brands in the Peninsula may have suffered as a result, not justifying anymore the level of rent it used to ask for.”

Meantime, he said from the Peninsula landlord’s perspective, breaking a 3,000 square feet down to smaller units may provide an opportunity to increase average rent per square foot, or maybe maintain it to a level comparable to what they were getting from Prada in a larger space. “Smaller units generally yield higher rent. But it might be challenging to attract tenants with brands as prestigious as Prada in these smaller hotel units.”

Prada embarked on a breakneck retail expansion after listing on the Hong Kong bourse in 2011. It has been hit by China’s economic slowdown and a crackdown on extravagant gift-giving in the country, where it reaps more than one-fifth of its sales.

Amid the economic downturn and the slump in shoppers from the mainland, international fashion labels Abercrombie & Fitch, Forever 21 and Ralph Lauren have all been affected and have closed their flagship stores in recent weeks.

The closures by some of the most recognised brands in Hong Kong are the latest sign of woes in the country’s retail sector. 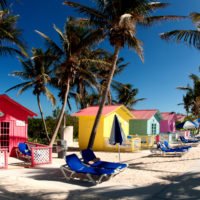 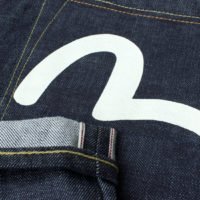