Ports 1961 quickly became a top three selling brand, prompting Handsome into another pilot project – the first Ports 1961 womenswear pop-up store in Hyundai Main Department store in February 2017, which had a successful and impactful run for 2 months.

In the latest effort to bring the sought after label to Korea, Handsome officials have stated that they “plan to introduce a variety of comfortable and stylish products, such as shirts, sneakers, coats and other core products of the company, in order to provide for the needs of Korean consumers with affluent taste.”

“Korea has long been a priority for Ports 1961, and we have had early successes in the market,” said Marc Boelen, VP, Head of Strategic Planning & Growth of the Ports Group.

“To build on our success, we need to work with a strong local partner to expand our store presence in the Korean market. By partnering with Hyundai – one of the leading industry leaders with more than 20 brands under their management – we will be able to give the Korean consumers even more convenient and specialized access to our premium designs,” Marc added.

In October and November 2017, Ports 1961 opened in the Hyundai Main and Hyundai Coex Malls of Gangnam-gu, two of the most desirable locations for new entrants into the Korean fashion scene. With high visibility at these prime retail locations, the teams at both Ports 1961 and Handsome look forward to further expansion of the brand in this market in the near future.

Ports was founded in Toronto in 1961 by Luke Tanabe who was one of the first to adopt the revolutionary jet set lifestyle.

Ports first appealed to people who understood it was possible to travel, dream, and work all at once: breakfast in the Sahara, and then dinner in New York. With this inner essence of “Global Soul, Urban Spirit,” Ports 1961 soon became synonymous with cutting-edge fashion, design excellence, and a free nomadic spirit.

SEE ALSO : What to know about the hottest pop-up retailing trend in China

Ports 1961 and Handsome Corp., the fashion retail business unit of Hyundai Group, have entered into an exclusive distribution agreement for the expansion into the Korean market. 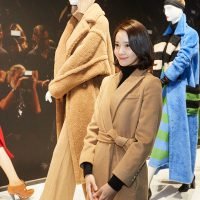 Camel is the new black : Max Mara's exhibition in Seoul
Next Article 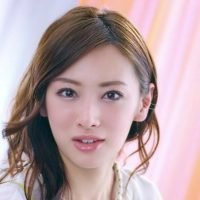