Nike has been struggling to beat earnings expectations despite having more than 26,000 retail stores in North America. Digital upstart ‘click-to-brick’ brands are also eating into Nike’s profits, and the brand does not seem able to cope with the digital revolution.

The retail apocalypse and simultaneous digital disruption could be bad news for already-struggling Nike.

The Oregon-based sneaker giant has its shoes in more than 26,000 stores in North America alone, Jefferies estimates, and “is likely to see a multi-year painful unwind of lower orders, lower revs, and lower margins, as the digital revolution continues,” analyst Randal Konik said in a note.

“With NKE perhaps the most recognizable brand, but also the most widely distributed brand in the analog world, we believe this is pain the market under-appreciates and the company cannot fix easily,” he added.

The bank reiterated its hold rating for shares of Nike with $48 price target — 10% below where the stock was trading, and a full 20% below Wall Street’s consensus target of $58, according to Bloomberg.

Digital-only upshots are growing at a rapid pace, and pose an “invisible threat” to Nike’s business, Jefferies says.

Earlier this month, Jefferies analyzed over 20 “brick-to-click” concepts that make up a grand total of $3 billion in sales and $1.5 billion in venture capital funding. These brands, like Fabletics, M. Gemi, and Outdoor Voices, are maximizing digital revenue with only a few physical stores — the opposite of Nike.

Incumbents are beating Nike as well. Germany-based Puma Tuesday morning reported a 16% jump in North American sales, fueled by a new collection from Rihanna. Adidas, which reports next month, has seen a resurgence in demand for its retro sneaker designs.

“What concerns us about Adidas’s rise is consumers are purchasing across many of the brand’s platforms (e.g., Stan Smith, Superstar, Boost, NMD, EQT, Alphabounce, Tubular) which shows a real breadth of demand that is not going away,” Jefferies said. 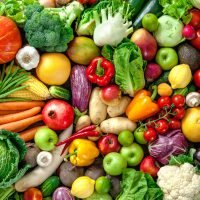 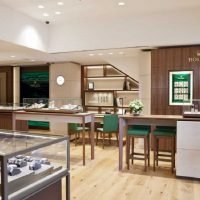