Michael Kors Holdings recorded $1.18bn in the crucial fourth quarter, close to an 11% gain on last year, a revenue result driven most by sales brought in from Jimmy Choo, the luxury shoe business it acquired last summer for $1.2bn.

Like-for-like sales during the three months to end of March were up 2.3%, besting expectations for a 1% decline, marking the first time in two years that Michael Kors reported a comp sales rise. For the same period last year, comp sales were down 14.1%.

By brand, Michael Kors sales hit $1.07bn, the rise in sales at its own stores helped offset the decline in wholesale

Less discounting also boosted operating margins and helped the company swing back into the black. Net income was $44.1m, or 29 cents a share during the quarter, compared to a net loss of $26.8m or 17 cents per share last year.

In light of sluggish in-store retail sales, Kors has been trying to overhaul its business as shoppers shift many of their purchases online, where there’s an abundance of luxury goods at lower prices.

The company said it also closed some locations during the quarter, cutting some costs.

Looking forward, the American company reiterated that it remained on the lookout for further acquisitions following the Jimmy Choo deal.

“We will continue to explore acquisitions to complement our existing luxury portfolio,” said chairman and chief executive John Idol.

For the current quarter ending in July, Michael Kors said it expects revenue in the range of $1.14 billion

The company expects full-year earnings to be $4.65 to $4.75 per share, with revenue expected to be $5.1 billion and flat same-store sales. 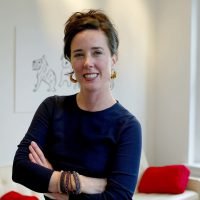 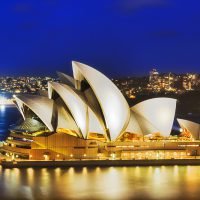