The company remains focused on enhancing men’s business either through standalone stores or by adding men’s offering in the existing lifestyle outlets in North America, Europe and Asia, and expanding its luxury fashion product assortments. The company also remains optimistic about its Michael Kors ACCESS wearable technology line of watches and fitness trackers, as the category provides ample growth opportunity.

In order to drive top-line growth, Michael Kors has been focusing extensively on store expansion. In fiscal 2016, the company opened 142 new stores, which included 47 in the Americas, and 95 worldwide. In fiscal 2017, the company is expected to inaugurate 15 stores in Americas, 40 in Asia and 20 in Europe. Given the scope for high profitability from company-owned stores, management is putting more emphasis on opening retail stores.

Moreover, the recent buyout of Michael Kors (HK) Limited, the exclusive licensee in China and certain other jurisdictions in Asia, will drive the company’s revenue higher in the coming quarters. During the first quarter of fiscal 2017, sales in Asia soared 74.5% on account of this addition of the China business as well as a high-single digit comparable store sales increase in Japan.

Management also intends to upgrade its e-commerce platform and anticipates the channel to be a significant contributor in the long run. With increasing number of shoppers shifting to online, it was high time that Michael Kors gave importance to its own e-Commerce platform.

Michael Kors continues to heavily invest in new store openings, expanding the existing outlets, expansion of international operations, digital flagships and global infrastructure. As a result, operating costs are expected to rise, which may compress margins going ahead. Further, investments across the board will lead to about 790-820 basis points increase in operating expenses as a percentage of total revenue in the second quarter of fiscal 2017.

Luxury retail space is a highly competitive arena and to remain in the race the company has to offer high-quality distinguished products at a compelling price. 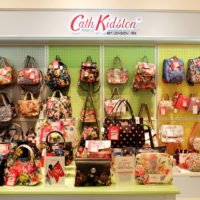 Cath Kidston's new owners are taking on Asia
Next Article 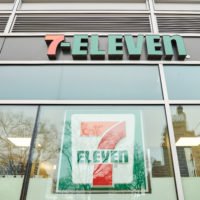