Following a record-breaking year of sales in 2017, LVMH recently announced that it has surpassed its earnings record in 2018.

LVMH is noting that it was the profitability of Louis Vuitton and Dior that lead to its strong 2018 earnings. The fashion and leather offerings from the two labels has been credited with driving the double-digit increase in both revenue and profit.

Moving into 2019, it is expected that Virgil Abloh and Kim Jones will be amplifying the popularity of the two houses.

LVMH also noted a state of reorganization of the Marc Jacobs label, and looked back on the global response to Hedi Slimane‘s inaugural collections for CELINE.

Aside from a mixed critical reception, LVMH is ambitiously looking towards Slimane’s place at CELINE.

The results were roughly in line with analysts’ forecasts.

Bernard Arnault, chairman and chief executive, said LVMH expected its brands and companies, which include Louis Vuitton, Christian Dior and Moët & Chandon champagne, to deliver continued progress in 2019 in spite of “an environment that remains uncertain at the start of the year”.

Sales growth was steady in all regions in the fourth quarter except the US — similar to the performance earlier in the year, according to Jean-Jacques Guiony, finance director.

Organic growth in Asia, excluding Japan, was 15 per cent compared with last year. Sales in Europe were up 7 per cent on the same measure, while in the US they climbed 8 per cent.

“We see no particular sign of a slowdown in the China market,” he said, although purchases by Chinese customers had shifted slightly to the mainland from Hong Kong and other east Asian markets, perhaps because of a weaker renminbi. “The market sees the glass as half empty. We see it as half full.”

Luxury goods companies and other exporters dependent on sales to China are bracing for the impact of the country’s economic slowdown and for possible fallout from any worsening of the US-China trade conflict.

In recent days, companies including US chipmaker Nvidia and Caterpillar, which sells earthmoving equipment, have blamed China’s slowing growth for disappointing profit predictions.

Mr Guiony said luxury goods consumers tended to be affected more by sudden shocks than by gradual changes in economic conditions. “If there was to be real trade war between the US and China — and we’re not there yet — that would have an effect,” he said.

The company also performed well in Europe, Mr Guiony said. Although LVMH had to close early on several Saturdays because of the gilets jaunes protests in France, many customers had switched to Sunday shopping and there was no obvious impact on LVMH’s numbers in the latest quarter.

LVMH said it was stockpiling champagne and cognac in the UK in case of severe disruption from a “no-deal” Brexit.

“We’ve added four months of stock in the UK,” said Philippe Schaus, head of Moët Hennessy, the wines and spirits part of the group.

The company said it planned to lift the total dividend by 20 per cent for the year to €6. 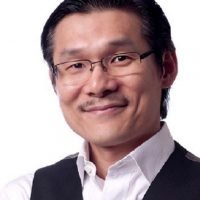 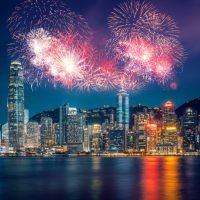