The new chief executive of Hugo Boss said a plan to revive the struggling German fashion house by cutting brands and seeking to appeal to fashion-conscious younger customers will only bear fruit from 2018, sending its shares lower on Wednesday.

Mark Langer is returning Hugo Boss to its roots selling premium men’s clothing, reversing the course of his predecessor Claus-Dietrich Lahrs, who sought to make the label more of a luxury brand and invested heavily in womenswear.

Langer told an investor day the company will now focus on two main brands, one higher-priced premium line and another at lower prices for younger consumers, seeking to complement its smart business suits with more casual and sports outfits.

“We have placed a too-strong focus on a push into luxury price points. We have to make sure we are perceived as a lifestyle brand beyond our suiting capabilities.” – Langer

Lahrs quit in February after a severe slowdown in luxury demand led to a steep fall in Boss sales in the United States and China. Lahrs was appointed head of Kering’s Italian luxury leather goods maker Bottega Veneta in September.

Langer said 2017 will be a year of stabilisation after an expected fall of up to 3 percent in currency-adjusted sales this year, predicting a return to growth in 2018. Analysts had on average forecast 1 percent growth in sales for 2017 and 2.5 percent for 2018.

Boss said it will continue to bring the prices of its goods in different regions in line, leading to further cuts in Asia and a slight rise in Europe, while prices should stay stable in North America.

No more Orange or Green

The firm will ditch the BOSS Orange and BOSS Green labels, the former more fashion-focused and the latter inspired by sports, integrating them into its main BOSS line.

It will revamp its HUGO line aimed at a younger, more fashion-conscious customer, pricing it at roughly a third less than the BOSS brand by the time of its Spring 2018 collection.

Boss said that womenswear would remain an important part of the business, and is continuing its collaboration with designer Jason Wu. However, the group will only present its menswear collection at the New York fashion week next year.

Boss reiterated that it would slow down the store openings, moving more of its business to online. It also plans to lift productivity in its retail business by around 20 percent over the next few years. 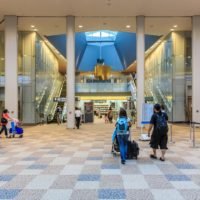 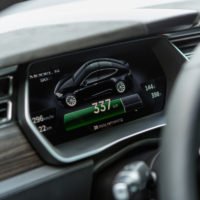