The RealReal Inc. rose in late trading after the seller of pre-owned luxury goods reported quarterly results for the first time since it is public offering.

Revenue rose 51 percent to $71 million in the second quarter, The RealReal said, beating the estimate of $70.1 million from analysts. The company still posted a net loss, however, although it was slightly narrower than expected.

The RealReal, which resells luxury goods such as clothing, handbags, and jewellery, has carved out space in the high end of a busy pre-owned fashion market. It is investing heavily, including on its technology platform, and that is weighing down profits.

The company provided guidance for the full year, including an expected EBITDA margin range that implies improving profitability as the year progresses. Investors looking for more insight on the near-term will have to wait for the conference call for more.

Pre-owned clothing has been a magnet for investment, with more than $1.1 billion in venture capital raised across the industry in recent years, according to data compiled by Bloomberg.

Competitors include ThredUp, Poshmark and Rebag. Chief Executive Julie Wainwright said the company is working to “instill trust in our marketplace.”

The shares rose as much as 20 percent to $20.42 in late trading. That would put it above its IPO price of $20 after a recent decline pushed it below that level. 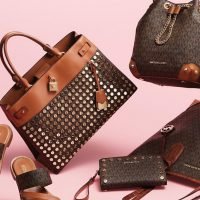 Michael Kors launches its digital flagship on Tmall
Next Article 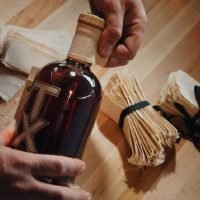