How Coach made a comeback in China

In the fourth quarter of fiscal 2016, Coach’s net sales increased by 15%, reaching US$1.15 billion. This means the company has achieved sustained growth three quarters in a row, with a 7% increase in annual sales.

The Chinese market was once the fastest growing regional markets for Coach. As of July 31, 2012, the company’s double driving force of new store expansion and double-digit sales growth saw them take more than $USD 300 million US dollars in sales in the Chinese market, an increase of more than 60%.

In the past, more Chinese consumers tended to use luxury products to package themselves, and now consumers experience self-discovery through shopping.” – Yang Bao Yan, Coach Greater China CEO

For 2013, the increase was still as high as 40%, but by 2014, Coach’s overall performance began to decline. North American same-store-sales fell 15% year by year and Chinese market growth also slowed.

In the same year, Coach decided to change things drastically in their product, store environment, and marketing strategy and Yang Bao Yan became the Greater China CEO, facing a changing brand and a changing market.

Frequent discounts offered in the North American market affected local Coach sales in China. “People were waiting to buy at a discount,” or through channels such as buying on behalf of someone else.  After the transition, Coach reduced the frequency of these sales in North American stores, while closing some poorly managed outlets.

“The first is to keep true to oneself, the second to innovate constantly. Each of us should keep our own values, but also seek change and innovation,” said Yang. 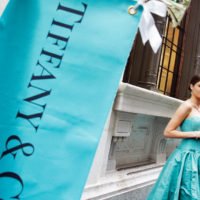 Tiffany & Co. to open its first standalone store in New Zealand
Next Article 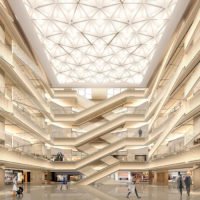 Ginza's largest ever shopping complex to open next spring