For its first global advertising campaign, American Eagle isn’t relying on the typical teen-retail tropes to send its message. You won’t find fresh-faced, unreasonably tanned models running on the beach or palling around a campfire.

Instead, the Pittsburgh-based company appears to be focusing on that uniquely millennial mix of individuality and collectivism, enlisting fashion industry cool-kids like photographer Cass Bird and stylist Sara Moonves to capture a cast of young influencers, from actress Hailee Steinfeld to musician Raury, in black-and-white portraits.

Each image is tagged with both #WeAllCan and a personal declaration. For instance, “Black-ish” actress Yara Shahidi chose the statement “I can be heard,” while YouTube personality Troye Sivan said, “I can love who I want.” The campaign stars are dressed in American Eagle denim and t-shirts, layering on jackets hand-painted with the American Eagle logo.

For years, many “teen retailers” have failed to successfully connect with young shoppers as their consumption habits have been reshaped by fast fashion, e-commerce and, of course, social media. Many have filed for Chapter 11 bankruptcy protection, including Quicksilver in September 2015, Wet Seal in January 2015, Pacific Sunwear in April 2016 and Aeropostale in May 2016. Others have limped along, including Abercrombie & Fitch and Gap Inc.

American Eagle, by contrast, is enjoying its eighth consecutive quarter of revenue growth. In the second quarter of its 2016 fiscal year, the company reported net sales of $823 million, up 3 percent from $797 million during the same period last year.

The retailer operates 855 stores in traditional malls — out of a total 1,044 stores — and faces the major challenge of marketing its products to a new generation of customers that no longer buys into preppy logo t-shirts and play-it-safe jeans and sees social media, not malls, as the centre of their social life.

To cope, the brand has moved away from trend-driven items, at which fast fashion competitors excel, and athletic wear, which requires a different kind of technological expertise. Instead, chairman Jay Schottenstein chose to buckle down on denim. 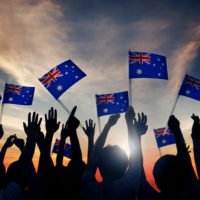 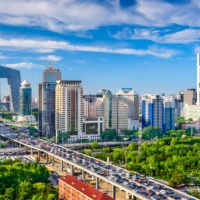