HBX partners with Mastermind Japan to launch a new collection

HBX announces the exclusive partnership with C2H4® for the launch of their C2H4® X MASTERMIND JAPAN “TX-074” COLLECTION, officially dropping on 26th April 2019 on its brick-and-mortar store in Hong Kong, and soon being avalialbe on HBX.COM. VIPs and fans will be able to view the collection in prior during the in-store preview sessions on the same day.

The concept behind the collection surrounds a sci-fi fantasy called C2H4® Robotics, a virtual sci-tech company that manufactures super-intelligent robots, and their latest prototype is called “TX-074”, also known as “The Mastermind”. The production of “The Mastermind” is set in a futuristic landscape, rendered by a series of 3D art-mix-reality shoots to demonstrate the imagined manufacturing process of the skull robots.

The collection includes two printed logo hoodies and T-shirts, 3M track pants, utility shirts, and most importantly two packable pieces – the utility pocket shorts and windbreaker with waterproof fabrics and Fidlock® magnetic buckles. The colorways are predominantly in black, white and grey. In addition to the dressed items, logo caps, shoulder bags, socks, and masks are also available as accessories. What’s more, there will be a gift with purchase of over USD250, including a Casetify phone case, tote bag, and sticker pack.

As the exclusive global retail and launch partner, HBX hosted a series of in-store preview sessions for the press, VIPs and public fans on 26th April at SHOP B30, LANDMARK MEN, LANDMARK ATRIUM, 15 Queen’s Road Central, Hong Kong. There was also a limited IG giveaway opportunity for lucky participants before the event. 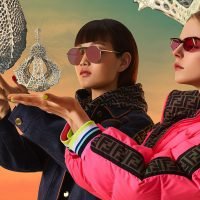 Fendi and Gentle Monster launch a sunglasses capsule
Next Article 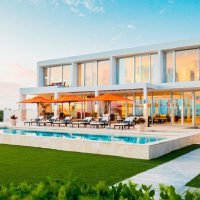