South Korean eyewear brand Gentle Monster began the first phase of a major European expansion plan when it opened a 450 sq m store in the heart of London’s West End.

Celebrating the opening at a party, the company’s UK and Europe managing director, Gary Bott, also talked about its Selfridges concession opening Monday and detailed plans for further stores in the EMEA region, including Paris and Dubai.

The company is riding an eyewear wave in which sunglasses and frames are one of the most dynamic growth categories in the fashion sector at present.

And that growth means the category is seeing plenty of style and technology innovation, as well as offering opportunities for brands with a strong point of difference to expand into new markets.

Gentle Monster is known for its unusual frame designs and its powerful creative collaborations and that’s a compelling USP.

It needs to be compelling too as it’s in a location with plenty of competition. The flagship opening, on Argyll Street, puts it in a prime retail and tourist spot (it’s a stone’s throw away from Liberty and is exactly opposite the London Palladium.) And the Selfridges concession sees it taking its place as one of the anchor brands in the latest phase of the Accessories hall.

Its UK (and later on, its European) expansion comes on the back of news last September that L Catterton Asia invested in IICombined, the owner and operator of the brand.

Gentle Monster had been founded in 2011 by Jay Oh and Hankook Kim, and expanded steadily in recent years, although its standalone store numbers had only just edged into double-digits by last autumn. However, the pace has speeded up in recent months with the company having 17 stores before the London opening.

The faster opening pace will be kept up from now as the company targets the EMEA region, with Gary Bott telling Fashion Network that the brand will open six new stores later this year and into 2019. “We’re looking at Paris first and then Dubai,” Bott said, adding that London was the choice for the first European location because it’s “a platform into Europe.”

The permanent Selfridges location comes after the company opened a pop-up at The Corner Shop there on June 4 with Bott adding that the temporary store gave the brand valuable experience of the London market.

Bott said “the feedback and sales especially have gone beyond our expectations. We’ve doubled effectively what we hoped we’d do.”

The new Argyll Street location underlines just why the brand is so appealing to retailers such as Selfridges as it concentrates on the retail experience as much as the products. Bott said: “We are very much focused on creating a sensory experience for the customer, even down to the individual fragrance for each of our flagship stores.”

With this in mind, the London flagship follows a completely different design scheme to the brand’s other stores and ‘experience’ really is at the heart of the layout. The firm’s in-house robotic’s team created the concept that mixes aliens with martial arts, focusing more on the visual appeal of Kung Fu than on its ability to cause serious physical damage. The idea is that extra-terrestrials were “captivated by the beauty of Kung Fu, presented in the most unexpected client point-of-view throughout the two floors.”

Of course, we don’t get aliens or martial artists at the much smaller Selfridges store but experience and a striking visual impact are no less priorities there. An ‘active volcano’ and another robotic installation certainly add an interesting element to the Accessories hall.

As you can see, robotics really makes up a key part of the company’s store strategy and so it’s no surprise that it invested in a robotics factory in Korea.

The robotics specialists there work in cooperation with the Gentle Monster store designers with Bott adding that “everything’s half assembled in HQ. And then it travels around the world to whatever destination we’re opening up in our flagships stores, and then our spatial design teams fully assemble everything on site.” 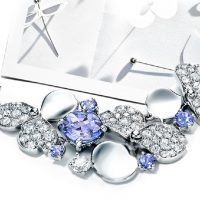 Tiffany & Co. to launch a pop-up store on Luxury Pavilion
Next Article 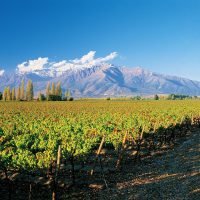