Among the foreign luxury brands filling the eyewear section at local duty-free shops and department stores, the Korean-based brand Gentle Monster stands out.

Getting its initial fame among the Korean public as “Jun Ji-hyun sunglasses” after the actress wore a Gentle Monster product in hit TV series “My Love From the Star” in 2014, the brand is solidifying its place in a market heavily dominated by foreign luxury brands.

The brand’s founding story is not so typical, as its two co-founders weren’t exactly in love with sunglasses. Originally in English education, they looked into what kind of market they could stand the chance to be profitable.

“The eyewear market has a long history, but it has not been changing in Korea. It was pretty much the same, controlled by a few major giants who have factories and retail shops,” Jay Oh, one of the two founders, said at an event hosted by the French Korean Chamber of Commerce and Industry in central Seoul on 29 May.

“We thought, if we make something special and unique, people might love us,” he said.

Oh and Kim Han-kook founded I.I Combined, the owner and operator of Gentle Monster, in 2011. The name stands for the combination of ultimate imagination and interpretation of the world.

“The brand has a specific customer role model — a gentle monster. We want our customers to look gentle but have great passion and enthusiasm inside,” Oh said. “Our beauty concept is weird beauty.”

Gentle Monster produces three types of sunglasses, categorized as first-generation, second-generation and third-generation products. Each generation has a different purpose and concept.

“Third-generation products are hard to wear in real life, but they are attractive on Instagram and to celebrities,” Oh said. “We are developing 50 models every season and 20 of them are in the third generation. We are not really seeing this as profitable but this is fun, a part of our ultimate imagination.”

“Second generation is a little bit less challenging, fashion leaders can wear this. Most of the sales come from the first-generation products. It is where we see mass customers. But still the third generation is leading the fashion industry,” he said.

The brand is represented by its unique, artistic flagship stores, which more resemble art exhibitions than stores.

Oh stressed that flagship stores are not just about selling products. “We are not really making the space to sell something, but to deliver our spirt,” he said about the six branches across the nation and 10 more around the world. While the concept for the stores changes each year, this year’s concept is about the universe and aliens.

“Flagships are what Gentle Monster is, it’s a whole ‘starting with experience’ idea. The same product, but the experience and the strategy are different. This is where the future of luxury retail is at. It’s not only about products,” Cho Hyun-ock, president of LVMH Korea, said at the event.

“The investment is not just to earn money, but to learn from Gentle Monster — the creativity and the innovation,” he added. 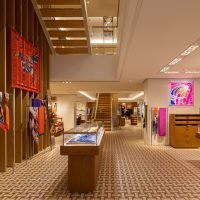 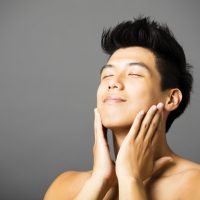