Once the best kept secret of a generation of modern French women, ba&sh, a leading affordable luxury brand for women seeking effortless, carefree elegance, has arrived in Hong Kong, its first stop in Asia.

Building on the brand’s strong success in Europe, the Parisian fashion house is now focused on international expansion. To capitalise on Asia’s growing appreciation for all things French, the brand’s unique take on feminine, joyful chic is now available in three boutiques of prime shopping destinations in Hong Kong, the brand’s Asia headquarters:the IFC mall in Central, Times Square in Causeway Bay and Harbour City in Tsim Sha Tsui. Besides, ba&sh’s famed ideal wardrobe of everyday pieces in sumptuous fabrics is also available online via a dedicated site.

Considering the McKinsey consultancy group estimates the current size of China’s middle class at around 225 million households-compared with just 5 million in 2000-this exploding growth entails soaring demand for affordable luxury. By the end of 2017, ba&sh will have opened six stores in key strategic locations across China’s tier one cities, thus reaching a new generation of style-conscious women who want uncomplicated feminine yet urban designs for work and play. Flagship stores will open in fashionable destinations in Beijing and Shanghai. Barbara Boccara & Sharon Krief, two childhood friends, did create ba&sh out of a shared love for fashion, which accounts for the name of a brand that takes after the first two letters of the founders’ names. Their idea was to bring their dream wardrobe to life, so that they could share it with other women. A little more than 10 years later, their designs can be found in more than 400 point of sales worldwide, among which 90 point of sales in France and flagship stores in prestigious locations such as London, Madrid and Berlin.

Confirming their success and the power of Barbara and Sharon’s vision, private equity fund L Catterton acquired a 50% stake in the brand in 2015, which has enabled its international growth. The fund was established with the sponsorship of LVMH and Groupe Arnault, the latter also being ba&sh shareholders. For Greater China, ba&sh has entered into a management service partnership with ImagineX Group, the brand distribution arm of The Lane Crawford Joyce Group, in order to leverage their local fashion retail, marketing expertise and operational efficiency. Besides entering Asia, the brand is also expanding towards the US and Middle East.

To celebrate the brand’s arrival in Asia, Barbara Boccara & Sharon Krief hosted an intimate private party to introduce Hong Kong’s leading fashionistas to the world of ba&shon June 8, 2017. The informal event turned out to be a huge success, the two founders previewed their latest collection,which is distinctly Parisian, as it combines an expression of freedom with an easy, joyful elegance. 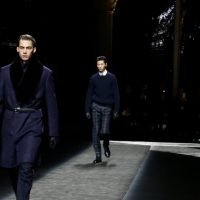