Online luxury group Farfetch said gross merchandise value through its site surged 53% in the third quarter to $310 million, resulting in revenues for the British company to total $132.32 million.

The London-based marketplace upgraded its outlook for future growth saying it expects value merchandise revenues to be higher than the company’s previous estimates in the fourth quarter.

For the three months to September 30, adjusted earnings before income, taxes, depreciation and amortisation registered a $32.3 million loss, meaning the company is yet to hit profitability.

At the same time, the company reported 1.2 million active customers in the third quarter, up 42 percent.

Average spending per order fell to $585, from $605 a year earlier, said the company, on the back of a stronger dollar and a free-shipping promotion.

The results follow Farfetch’s IPO in September, which saw shares soar above $30 in the days after its debut, a more than 50% gain on the initial offer price.

Farfetch has proven a popular choice for global luxury brands and retailers, as more and more houses continue to sign on to sell through the site.

Most recently, new additions include Moschino, Victoria Beckham and Tory Burch, as well as streetwear offerings such as Stadium Goods, which sits inside the hub devoted to sneakers.

Looking ahead, Farfetch raised its outlook for fourth-quarter sales on its marketplace, to be between $435 million and $445 million. 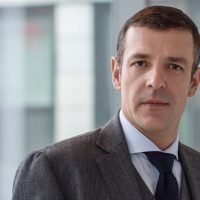 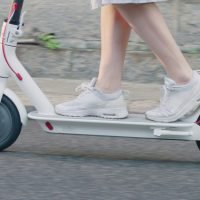 Frenzy over e-scooters after Xiaomi's store opening in NZ