Qingdao-based apparel maker Redcollar Group, specializing in men’s suits, claims to have brought down the cost for made-to-measure to only 10% higher than that for mass production, selling at prices lower than those for most high-end off-the-rack suits.

Inside a “magic bus” showcased in Qingdao, Shandong, customers change into a disposable leotard, stand in front of a light beam measuring apparatus for a few seconds, and get their measurements collected for a custom-made suit. Ten buses have been launched in the city since last December.

Make an appointment and one of those will drive up to your door. This is part of Redcollar’s “customer to manufacturer” data system – or C2M as they call it – that fuels the company’s mass made-to-measure model, a system it has spent $40 million to hone over the past 13 years.

Accessible online, Redcollar’s system collects customers’ measurements and requests for different fabrics and design, such as the shape of the collar or embroidered initials, and automatically transforms those into manufacturing specifications. It reduces employee headcount by 30% and substantially eliminates problems in inventory and cash flow.

A suit would be delivered to the customer in a maximum of ten days after ordering, including seven spent on manufacturing, compared with up to six months for conventional tailoring.

With suits sold at prices as low as $200, a fourth of a typical tailored suit in the U.S. and Europe, Redcollar rakes in 90% of its sales from those markets. The company is particularly strong in New York, where it made its first footprint overseas with local agents.

Today it churns out 3,000 suits each day under a series of labels such as Redcollar, Rcollar and Cameo, and hopes to attain a customer base of tens of millions within the next decade in North America, Europe and China respectively. 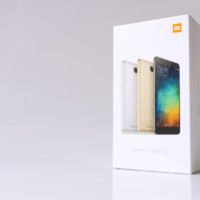 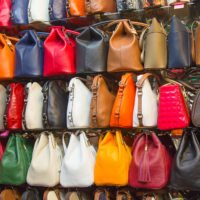 Luxury brands get tough with counterfeiters