Burberry has reported an upbeat third-quarter trading period for 2016-17, on the back on a sales recovery in its Asia Pacific market, pushed on by China and Hong Kong.

Overall, Burberry’s retail sales gained an underlying 4% to £735m in the three months to December 31, but with currency effects added in, they powered ahead by 22%. Simultaneously, comparable sales rose 3%, offering a sense of relief for the headwind brand.

But it was the Asia Pacific region’s return to growth that contributed to the British luxury brand’s uptick. The region offered a low-single-digit comparable sales rise and there was an “acceleration in Mainland China with high-single-digit growth and improvement in Hong Kong,” said Burberry. Burberry said sales in its core China market have improved in the latest quarter, ending a long run of declines. The improvement in Hong Kong still saw comparable sales fall, by a low-single-digit percentage, although positive conversion offset most of the firm’s footfall decline.

With a heavy tech focus in 2016, Burberry’s digital outperformed in the third quarter with growth in all regions, supported by the launch of new payment methods. Part of this was the significant growth in mobile and in China, reflecting its strategic focus and investment. Burberry’s redesigned global site received a positive Net Promoter Score (NPS) result and the enhanced local website in China delivered strong growth too.

The fashion category continued to outperformed and led to growth across all categories. Accessories surged too, led by strength in bags. The company launched a number of new pieces in recent years from the Runway Rucksack to the Patchwork and Bridle bags, which continued to boost its sales even against a background of a tough market for luxury bags.

“With a record number of views of our festive film and strong demand for new products in our collections, this third quarter improvement reflects early progress from our plans to drive Burberry’s performance for the long term,” said Burberry CEO Christopher Bailey. 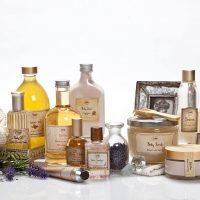 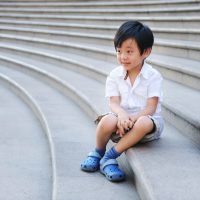