Burberry is stopping its longstanding practice of destroying unsold product after a firestorm of negative press and social media posts in July. That month, it emerged that the British brand had destroyed £28.6 million ($36.8 million) worth of product — including clothing, accessories and perfume — in fiscal 2017/2018.

The company has destroyed £105 million ($135 million) of unsold product in the last five years, a practice it has previously disclosed in its annual reports.

Alongside the shift, Burberry is also banning the use of animal fur — including rabbit, fox, mink and Asiatic raccoon, as well as angora — in its runway collections, beginning with new chief creative officer Riccardo Tisci’s highly anticipated debut collection set to be unveiled on September 17 at London Fashion Week. Existing fur products will be phased out over time, however the brand will continue to sell products made with shearling.

“Modern luxury means being socially and environmentally responsible. This belief is core to us at Burberry and key to our long-term success,” said chief executive Marco Gobbetti in a statement.

But clearly, the negative publicity was a wake-up call for the British luxury behemoth. “We are in the midst of an environmental crisis exacerbated by the fashion industry,” read an open letter to Burberry from second-hand retailer ThredUp, which captured the sentiment of the backlash. “Fashion is now responsible for 10 percent of global carbon emissions and is projected to drain a quarter of the world’s carbon budget by 2050. We respect the desire to protect your brand image but discounting your product shouldn’t be scarier than setting it on fire.”

Burberry is not the only fashion or luxury brand to have destroyed product. Last November, H&M was reported to have burned unsold products. According to the New York Times, Nike slashes its unsold sneakers. And, Richemont has reportedly destroyed more than £400 million worth of watches from high-end brands including Cartier and Jaeger-LeCoultre.

Indeed, it is one of the industry’s dirty secrets that brands regularly destroy product to protect their intellectual property from counterfeiters and to limit the diminished brand perception that comes with disposing of excess stock through heavy discounting.

Burberry says its new policy on the disposal of unsold product dovetails with the wider business and merchandising strategy that Gobbetti has been putting in place since he officially took the reins as CEO from Christopher Bailey in July 2017.

The company has previously revealed that it is moving toward a new delivery model of tighter, more frequent collections — or “drops” in the parlance of streetwear — that will take a more targeted approach to product development and distribution and create less waste in the process. This new merchandising strategy is expected to be the cornerstone of Tisci’s new creative vision for Burberry. 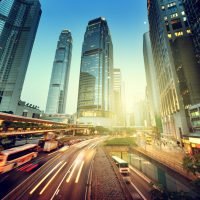