Italian jeweller Bulgari has opened its prestigious doors on the Gold Coast this month, finding a home in the recently developed luxury precinct section of the Pacific Fair mall.

“Following the renovation of the Via Condotti flagship in Rome, the new architectural design concept is currently being rolled out by the LVMH brand in worldwide prominent locations, mirroring the brand’s signature architectural elements and expressing its Mediterranean origins and Roman traditions with a classic Italian approach to modernity,” said an LVMH spokesperson in a statement.

The key store feature is the classic Roman façade. The Bois Jourdan marble on the store’s entrance features the Condotti eight-pointed star, in red porphyry, symbolising Roma Caput Mundi or all roads lead to Rome.

A square-patterned walnut parquet floor composed on site by Italian artisans acts as the base for the luxury items from Bulgari’s collections of jewellery, watches and accessories.

Founded in 1884 by Greek-Roman jeweller Sotir Bulgari, Bulgari opened its first and current flagship store in Via Condetti in 1905. The largest Bulgari store in the world is the 10-story Bulgari Ginza Tower in Tokyo, covering 940 square metres of retail floor space.

Bulgari Pacific Fair is now open and is located on the ground level of the mall. 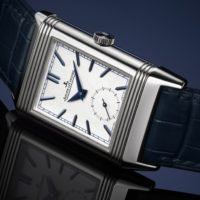 Should luxury brands work with Chinese vloggers?
Next Article 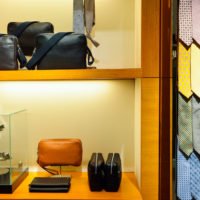