British street fashion label Just Hype will open its debut Hong store in six weeks time, ahead of a mass retail rollout of up to 50 stores in China.

Since then, it’s been picked up by online retail giants Asos, Zalando and Next’s Label site, inked high-profile collaborations (Coca Cola being the most recent) and attracted a style following that includes Jay-Z, 50 Cent and model Cara Delevingne.

Just Hype already has eight standalone stores: three in the UK and five in Taiwan. But sees Europe and China as its next growth market.

While details of the Chinese retail push  — dates, the locations and chosen licensing firm — were not disclosed, Asian customers will soon be able to shop Just Hype online and in their local currency.

“Within the next two weeks the Hype website will be able to accept all major currencies – rather than just sterling,” said Samani.

It opened its Wigston-based head office a year-and-a-half ago, and has 54 staff there with a further 35 in Taiwan.

As well as its namesake stores, Just Hype is stocked in 2,500 stores worldwide – including Topman, John Lewis, Selfridges and House of Fraser – across 32 countries.

Looking ahead, the brand is working on a collaborative collection with Disney/Lucasfilm for a range slated to launch this autumn; potentially coinciding with its Hong Kong debut, whose opening date has not been released. 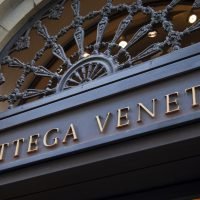