A court in Florence has declared the Italian fashion brand Braccialini bankrupt after rejecting a request for an arrangement with creditors.

The request was filed by the fashion house in June 2016 but the tribunal on Wednesday ruled that in Braccialini’s case there was the “technical impossibility” of managing a company that is “at this point insolvent”.

The tribunal said that “several uncertainties weighed on the arrangement”, not enabling to “ensure the payment of the minimum 20%” to creditors. Luxury handbag-makers Braccialini and Tua in 2017 were bought by Arezzo-based jewelry and luxury brand Graziella Group, which is continuing production.

Braccialini Spa had retained property of real estate, a depot and other brands after the acquisition, all assets that will now be managed by a trustee.

The decision was reportedly affected by the issuing in 2016 of invoices to four suppliers, all Chinese creditors, according to court documents.

The agreement included the “duplication of invoices” and delayed payment of money Braccialini owed to the four Chinese suppliers, among other things – “operations worth hundreds of thousands of euros” allegedly made right before and after the request for an arrangement with creditors, according to the ruling.

Braccialini’s attorneys have denied that the company forged invoices, insisting it pursued the “interest of all creditors” and its over 80 employees.
Meanwhile prosecutors in Florence are investigating 25 people, including members of the company’s board and trustees between 2011 and 2014, when the company’s crisis worsened.

The label, known for its colorful and trendy handbags and accessories, celebrated its 60th anniversary in 2013 with a new museum inside its headquarters in Scandicci, near Florence.

SEE ALSO : Toys R Us could file for bankruptcy

The family-run business was first launched by Carla Braccialini in 1953 with a collection that included dresses and hats, as well as bags.
It quickly became popular thanks to its combination of different materials and bold take on patterns and color.

Luxury purse maker was bought by Graziella Group in 2017 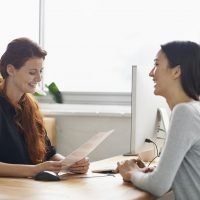 10 things not to reveal in a job interview
Next Article 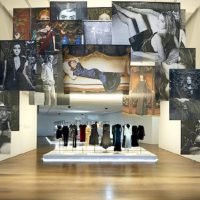