Belle International struggles through first half of 2016

Belle International, one of China’s largest footwear and sportswear sellers, warned that there had been no sign of a substantial turnaround in the country’s struggling offline retailers and department stores, sending shares of the company sharply lower.

Belle distributes global brands including Nike and Adidas and sells its own brands including Joy & Peace and Staccato in China. The company reported grim results for the first-half ended in August. Net profit slumped 19.7% on the year to 1.73 billion yuan ($255 million) in this period.

Belle shares closed 9.1% lower at HK$5.07 on Tuesday, after it announced its results. They have fallen about 13% since the start of the year, underperforming the broader market’s 7.5% gain. Bank of America Merrill Lynch and JP Morgan in Hong Kong maintained “neutral” ratings for Belle, citing its weaker business prospects.

Belle put the blame on shifting consumer preference for more comfortable footwear than traditional dress shoes. Group turnover reached 19.53 billion yuan but was almost flat year-on-year at 0.9% during the period, dragged lower by a 12.7% sales decline from its footwear business that contributed to nearly half of its revenue.

A brighter spot was in its sportswear and apparel business, which saw a 14.9% sales increase and accounted for 56% of total revenue, overtaking the footwear business for the first time.

Another threat for the largely brick-and-mortar retailer is growing competition from e-commerce players such as Taobao of Alibaba Group Holding. Sheng said the group “regretted” not being proactive enough in its digital push over the years and the 63-year-old chief executive admitted that he rarely used computers.

Nonetheless, he stressed that “digital reinvention” would be a top priority for Belle over the next three to five years. 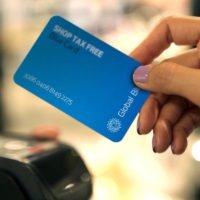 Global Blue: 5 challenges for tax-free retailers in Asia
Next Article 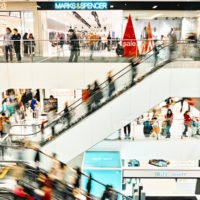