Apparel has lost its appeal

The apparel industry has a big problem. At a time when the economy is growing, unemployment is low, wages are rebounding and consumers are eager to buy, Americans are spending less and less on clothing.

The woes of retailers are often blamed on Amazon.com Inc. and its vise grip on e-commerce shoppers. Consumers glued to their phones would rather browse online instead of venturing out to their local malls, and that has crushed sales and hastened the bankruptcies of brick-and-mortar stalwarts from American Apparel to Wet Seal.

But that is not the whole story. The apparel industry seems to have no solution to the dwindling dollars Americans devote to their closets.

Many upstarts promising to revolutionize the industry drift away with barely a whimper. Who needs fashion these days when you can express yourself through social media? Why buy that pricey new dress when you could fund a weekend getaway instead?

Apparel has simply lost its appeal. And there does not seem to be a savior in sight. As a result, more and more apparel companies—from big-name department stores to trendy online startups—are folding.

The ingredients for this demise have been brewing for decades. In 1977, clothing accounted for 6.2 percent of U.S. household spending, according to government statistics. Four decades later, it is plummeted to half that.

Apparel is being displaced by travel, eating out and activities—what’s routinely lumped together as “experiences”—which have grown to 18 percent of purchases. Technology alone, including data charges and media content, accounts for 3.4 percent of spending. That now tops all clothing and footwear expenditures.

Several reasons are behind this shift. Some are beyond the control of apparel companies, as societal changes drove different shopping behavior. But missteps by these companies along the way have hastened the death of clothing.

It used to be that office workers needed suits and ties or pleated pants, long skirts and heels to get through the week. By the early 1990s, that seemed to change. The genesis is debatable, but many chalk it up to tech firms in Silicon Valley pushing a business-casual look dominated by khakis. That trickled into other industries, as casual Fridays became common. Now, office apparel is just as casual on Monday as on Friday for many workers.

Over the past five years, there has been a 10 percentage point spike in employers that permit casual dress any day of the week. The upshot of this is that Americans increasingly need just one wardrobe, because there is so little differentiation between what people wear to work and on the weekends.

Neckties are disappearing, even in industries such as finance. Sneakers can be worn to any occasion, including weddings and religious services. And about half of Americans say they can wear jeans to their professional offices, according to a survey by NPD Group.

It is easy to see why this is bad news for apparel companies. When you cut out an entire category of attire, there’s less need to buy new clothes when fashions change. When there’s a hot new color or pattern, maybe a twentysomething buys one new blouse to stay on trend and wears it to work and out at night. Before, she might have purchased two pieces, one for each setting.

There has been general deflation in the clothing industry. Apparel has become cheaper to make in recent years, especially as more production shifts to less expensive labor markets.

This downward price pressure coincides with the emergence of low-cost, fast-fashion retailers in the U.S. Walmart and Target have long conditioned Americans that they can get items they want without spending a lot. Now, retailers such as H&M can mimic runway fashions for $35, or men’s jeans for $25, and can typically beat other retailers to market with trendy designs.

For years, this seemed like a recipe for success. The chain expanded rapidly in the U.S. and generated $3.2 billion last year. Its growth coincided with the rapid expansion of fast-fashion competitors Forever 21 and Zara, too.

But cracks and chasms are emerging in fast-fashion’s success story. While the number of U.S. H&M locations is still growing, the pace of new store openings is at a two-decade low. The retailer has struggled to clear out products that shoppers didn’t want, in part because customers are skipping messy stores in favor of a streamlined online experience.

The fashion industry used to have a lot of sway over how people dressed. Retailers, magazines and high-end designers were fashion kingmakers. From their lofty perches, they dictated a season’s trends, and shoppers largely abided. A decade ago, teens wore Abercrombie & Fitch from head to toe.

But in today’s consumer-driven economy, social media influencers often call the shots. These online personalities build followings with posts of their outfits, makeup routines and lifestyles. And they’re less loyal to upscale brands.

An Instagram celebrity might combine Tory Burch, T.J. Maxx finds, consignment wares and basics from Target. Consumers have discovered they can invest in certain pieces and buy runway knockoffs to put together a unique, selfie-worthy look. With smartphones, these same shoppers easily compare prices, even using apps to snap a picture and find a cheaper alternative.

Retailers are devoting more of their marketing spending to digital ads, developing a social media image, paying for promoted posts and conscripting influencers to endorse their products. The hope is that these ads seem more authentic and intimate than a television ad featuring a celebrity.

But because there are now millions of tastemakers online—with a hodgepodge of aesthetics—it’s harder for new trends to really break through. That has made many apparel brands gun-shy and less prone to taking design risks. Designers used to spend months working on a collection of boundary-pushing styles in an attempt to make a statement for the brand.

The variety came with the risk of sinking a lot of time and money into a design that flops. To cut costs and speed up products that are known to sell, many brands now buy fabrics in bulk that can be made into multiple designs and patterns, resulting in fewer, “safer” options for consumers. With fewer fashion changes, there are fewer reasons to replenish wardrobes.

Micro-trends tend to flare up and flame out quickly, leaving larger trends in place for a longer time. Take skinny jeans, which roared onto the fashion scene in 2006 and haven’t left. They’re more distressed than ever, but the silhouette remains the same.

When you consider all these varied pressures on the clothing industry, it’s not surprising that apparel store closures peaked last year. This doesn’t simply reflect a shift to online shopping. E-commerce startups were founded to take advantage of the disruption in retail. But even they have stumbled, a sign of the deeper problems plaguing apparel.

Online darling NastyGal went bankrupt in 2017. Others have sold out to established retailers, rather than making it on their own. That includes Bonobos, the once-hot menswear brand that was bought by Walmart last year.

SEE ALSO  : EXCLUSIVE INTERVIEW with GFG : The future of fashion retail in the emerging markets

Stitch Fix Inc., an e-commerce clothing seller that was founded in 2011, has been an exception. The retailer pairs algorithms and data to select customized outfits for its subscribers, giving shoppers a feeling of personalization and an easy, at-home experience. The company had its debut on the Nasdaq Stock Market in November, and the shares have gained 34 percent. Experts have said more retailers should learn from Stitchfix’s ability to leverage technology for customization, though they face the added challenges of a store base that e-commerce companies largely avoid.

Even if retailers can thread that needle, the underlying problem of weak demand is expected to dog the apparel industry for years, meaning more store closures and more bankruptcies lie ahead—with or without Amazon. 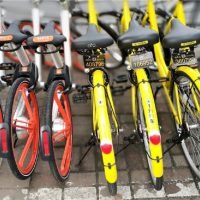 Parking problem might stop the rise of bike sharing
Next Article 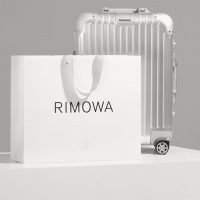