A report on Chinese fashion website Ladymax.cn said the Chinese conglomerate, led by founder and chairman Jack Ma, had contacted Yoox Net-a-Porter over possible capital cooperation or even a takeover, adding it had not ruled out buying shares.

This news was quickly denied by sources in the company, who stated this was “not true”.

The suggested tie-up between Alibaba and YNAP comes just days after a mega deal that saw JD.com spend a whopping US$397 million on luxury fashion e-commerce site Farfetch.

Dubbed by some the Amazon of fashion, YNAP saw its shares jumped 9.24 per cent on Monday and Tuesday on the back of the Alibaba rumour – its biggest two-day rise since last September.

The rally was just in time to mitigate investor concerns over mounting short interest in the stock, as the luxury e-commerce market became increasingly crowded.

“Alibaba should still be looking into cultivating its luxury e-commerce businesses at home,”said Tang Xiaotang, founder of luxury retail consultancy Nofashion. “The market is overwhelmed by noise right now.”

YNAP is the result of a merger between Yoox and Net-A-Porter, two of the biggest Western online luxury fashion retailers, boasting of a client base of more than 2.9 million high-splenders.

It booked a 16 per cent increase in adjusted net profit of €69 million (US$77.6 million) last year, with a market capitalisation of 3.48 billion euros.

Online luxury sales are predicted by Bain & Co to be the fastest-growing channel for retailing of premium goods, and top luxury fashion houses such as Prada and Burberry have been scrambling to ramp up their own online offerings.

The most notable of all is 24 Sevres, a multi-brand online retailer launched in June by LVMH, the world’s largest luxury conglomerate that owns Louis Vuitton and Dior.

Competition has also heated up with an influx of new market share grabbers including Shopbob and Zalando, both of which are gaining popularity for their designer fashion clothing offerings.

However, analysts believed Alibaba could still be eyeing overseas deals in an attempt to build up a global logistics network, following the move to set up an e-hub in Kuala Lumpur as well as the buyout of Southeast Asian e-commerce operator Lazada, last year.

“After all, Alibaba still has a ‘go global’ agenda, which can be pursued through M&As”said Ray Zhao, an analyst with Guotai Junan Securities. 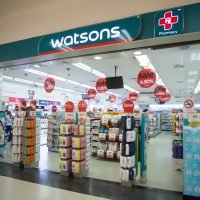 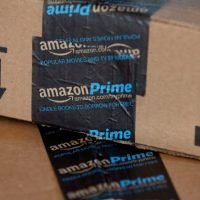 Amazon Prime Day will include China and India on July 11th