The nonagenarian fashion icon had been modeling for major fashion and beauty brands for years, but last week it was announced that she is newly represented by IMG Models — the same agency that managed the careers of Gigi Hadid, Karlie Kloss, and Miranda Kerr, among many others.

Even as she is pushing 100, Apfel shows no signs of slowing down, and told WWD she is very excited about her new deal.

IMG will represent her for modeling, appearances, and endorsements — though do not expect to see her strutting her stuff on the catwalk.

“How can I compete on runway? That’s ridiculous,” she said. “We’ll be doing hopefully collaborations, or maybe I’ll be a spokesperson. I leave it to them. They know better than I.”

“I’ve had all kinds of interesting commissions in my limited career. Everything from vodka and automobiles to beauty products, and I’ve also had a number of interesting collaborations with big stores like Bon Marché in Paris, the Landmark Mall in Hong Kong, Macy’s and Bergdorf Goodman.”

Over the past decade, in particular, Apfel has modeled for a seriously impressive roster of big-name fashion and beauty brands.

In each one, she showed off a facet of her style, including her signature over-sized round glasses.

For several, she posed right alongside models a quarter of her age, including Karlie, Toni Garnn, Tavi Gevinson, and Jourdan Dunn.

And no one is as surprised by her late-in-life modeling career than Apfel herself. Though she had a long career in fashion, it was owning her own textile company, Old World Weavers, from 1950 that kept her in the fashion world.

“I never expected my life would take this turn so I never prepared for it. It all just happened so suddenly, and I thought at my tender age, I am not going to set up offices and get involved with all kinds of things,” she said.

“I thought it was a flash in the pan, and it is not going to last. Somehow, people found me. People would just call. Tommy Hilfiger said that was no way to do it, and he put us together. I am very excited and very grateful.”

In addition to modeling, she also designs her own clothing and accessories line for HSN and published a book last year.

SEE ALSO : Who is the world’s first digital supermodel? 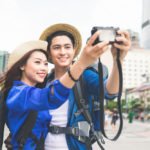 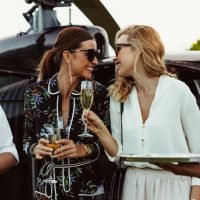 Millionaires are showing off their money in a new way