Dior to present next men’s show in Beijing

The famed luxury brand showcases its latest men’s collection for pre-fall 2021 in the Chinese capital and online, on 8th December.

However, Dior cautioned that due to continuing travel restrictions, it would not stage an actual runway show in Beijing,  reported FashionNetwork.com. Instead it will hold “an exclusive event in Beijing at the same time” that it unveils the collection online.

Helmed by Creative Director Kim Jones, Dior’s stop-off in Beijing is the latest in several global layovers orchestrated by Jones and the brand in recent seasons.

Dior’s first men’s pre-fall stop was Tokyo, back in November 2018, were Jones staged the latest Dior men’s line, to the backdrop of a robo-lady sculpture made by Hajime Sorayama.

Then, in December 2019, Dior went to Miami, Florida, where Jones staged a show near the private Rubell Museum with guest singer Orville Peck; the collection featuring a graphic art collaboration with Shawn Stussy — founder streetwear label brand Stussy – and the models walking in a link up with Nike and the sports brand’s Air Jordan high-tops, draped in the Dior oblique print.

For the show in December, neither Jones or a Dior hinted at an artist collaboration, though it is almost a given. For Dior’s most recent runway digital show — spring 2020 collection — the Parisian fashion house tied up with Ghana artise Amaoko Boafo.

Showing in China is smart move from Dior. According to a report released by consultancy Bain & Co., luxury sales in mainland China are seen to be growing by 45% at current exchange rates to US$53.2 billion in 2020, despite a predicted worldwide sales fall of 23% to US$262.8 billion. 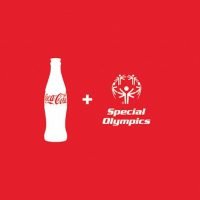 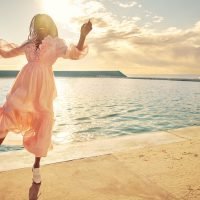