Located in Boston, Massachusetts, the jewellery company said the CTFNA hub is the next step becoming a “single source wholesaler” in the region, and will see it deliver products, services and tech know-how that drives profitability and sales in the North American market.

More specifically, the CTFNA will offer customized collections in the diamond and fine jewellery segments, as well as private label offerings from its Hearts On Fire and Mémoire brands, among others.

As part of the new U.S. subsidiary, Caryl Capeci will be transitioning to the role of Chief Executive Officer, Chow Tai Fook North America where she will lead the commercial operations of CTFNA.

“Our know-how and scale, combined with the deep local knowledge and experience of the North American team allows us to deliver deep value to the retail jewellers in North America, setting us apart from the other wholesale partners,” said Kent Wong, Managing Director of Chow Tai Fook Jewellery Group.

Founded in 1929, Chow Tai Fook is celebrating its 90th anniversary this year. Today, it boasts extensive retail network in Greater China, Japan, Korea, Southeast Asia and the United States, as well as its e-commerce business.

“It’s an exciting time to be part of the global growth of the Group and establish the North American business hub in our hometown of Boston,” said Caryl Capeci, CEO of Chow Tai Fook North America.

“Our mission is to strengthen and drive profitability for the North American jewellery retailers. Our ability to leverage the Group’s technology and retail innovation empowers us to partner with retail jewellers in new ways to support their businesses today and position them for greater success tomorrow.”

SEE ALSO : The largest jewellery marketplace in the world opens in Hong Kong

The group owns other brands including Hearts On Fire, T Mark, SoinLove and Monologue. It also endorses Artrium, Jewelria and CTF Watch brands. 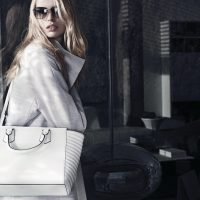 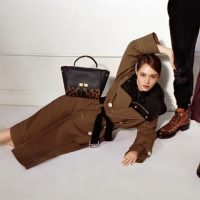