Chinese tourists take over the world

A rising tide of travelers from China is spreading out across the region, out-shopping, outspending and out-eating every other nation.

They are filling hotels, tour buses and cruise ships. They are overwhelming airports and train stations, and they are sending home petabytes of pictures that encourage their compatriots to join the global invasion.

Their ranks are being swollen by millions of others from around Asia, a generation who would rather raise their status with a foreign adventure than with a luxury bag.

China already accounts for more than a fifth of the money spent by outbound tourists, twice as much as the next-biggest spender, the U.S., according to the United Nations World Tourism Organization. And the Chinese have barely started — only around 5 percent of them even have passports, and the government is issuing about 10 million new travel documents every year.

As with Japan in the 1980s, citizens of nations that get rich, go places. The emerging nations of Asia-Pacific will add more than 50 million new outbound travelers in the five years ending in 2021, according to Mastercard Inc.

Overwhelmingly, they come from a smartphone-addicted generation that is rewriting the rules. The ubiquitous flag-following Chinese tour groups are giving way to what the industry calls FITs — free, independent travelers — who are using the internet to plan itineraries, book flights, translate signs and chronicle their exploits.

The shift is transforming the region, unleashing more than $100 billion in infrastructure spending for bigger airports and jet fleets, new railways, hotels and theme parks. The effects of this boom include soaring property prices, stress on the environment and an avalanche of apps and innovations that reimagine the way we experience the world.

By 2021, Chinese tourists will spend $429 billion abroad, according to a report by CLSA. And they are spreading out. Weekend jaunts to the shops in Hong Kong or the casinos in Macau are being usurped by new favorite destinations. During the next three years, Japan, Thailand, the U.S. and Australia top the must-visit list, according to the report, with other destinations in Southeast Asia — especially Singapore, Indonesia, Malaysia and the Philippines — following close behind.

For developing nations, that is putting a strain on infrastructure, underpinning the biggest airport-building program in the region’s history.

Thailand does not have a single international airport that isn’t way over its designed capacity, and long lines at immigration are common. At least 178 new airports are planned in Asia-Pacific, according to Visa Inc., and hundreds of existing facilities are being expanded or upgraded.

The result is a second revolution in tourism in the region — one that is being fueled by social media: the opening up of more islands, cities and remote locales to divert vacationers from the overcrowded and increasingly jaded tourist hotspots of the 1990s and 2000s.

Indonesia has a plan to create “10 Balis,” targeting places like the former World War II battleground of Morotai Island for new holiday destinations. Thailand, which heavily promotes tourism under the banner “Amazing Thailand,” has teamed up with Japan to build a high-speed railway that would open up places along the route to the north of the country. Neighbor Malaysia is countering with its own cross-country rail project to the coasts of Kelantan and Terengganu, states promoted this year in the capital’s international airport under a “Joyful Malaysia” campaign.

At the heart of the changes transforming the industry is the nexus of internet, smartphone and big data.

The link is the smartphone, the tourist’s connection with the web, a fact that has drawn dozens of startups to join the fray in Asia.

With visitors wielding tablets and smartphones, hotels and airlines are realizing they do not need to fill planes and rooms with technology and content – they just need to give the customer control. The phone becomes the room key, the menu, the bill.

“There is absolutely no point in providing what people already have,” said Hubert Viriot, chief executive officer of Yotel Ltd., which opened its first Asian hotel in Singapore in November. “Everybody has a smartphone.” The London-based chain runs city-center properties with hundreds of small, high-tech, budget rooms that include features such as mood lighting and app-based electronic keys.

Viriot sums up the attitude of the new generation of traveler: “I don’t need 10 guys on the ground floor with the gold keys to tell me how to travel. I’ve got a smartphone. I’ve got apps, social media. I know how to travel.”

The ubiquity of the technology means it is now embedded into every strata of the market, from Yotel’s high-density hubs to luxury island eco-lodges that you need a seaplane to reach.

Asia has long been on the map for well-heeled travelers. Hotelier Adrian Zecha started the first Aman Resort in 1988 in Phuket, Thailand, for an elite club of jetsetters. Four Seasons Holdings Inc. officially opened its first ultra-small boutique resort in Chiang Rai in Thailand in 2006.

Zecha, who left Aman Resorts Group Ltd. in 2015, is looking to exploit a new niche he calls “affordable” luxury through his Azerai brand, which opened its first property in Luang Prabang, Laos, last year.

“I noticed a new generation of younger people that is growing in numbers for whom taking holidays signifies an aspect of their lifestyle,” Zecha said. “They might not be as wealthy as my Aman junkies, so my challenge is affordability.”

From spa clinics like The Farm at San Benito in the Philippines to exclusive eco-resorts like Bawah Island in Indonesia, Asia offers hundreds of possibilities for super-luxury globetrotters. And developers are eyeing hundreds more. There are more than 13,000 uninhabited tropical islands in Indonesia and the Philippines alone, almost twice as many as all the islands in the Caribbean. Some, like Siroktabe, can be rented as a private desert island for a true Robinson Crusoe experience.

But the biggest money is to be made in drawing hordes of tourists together to one location, whether it be a casino resort in Singapore, an ancient temple in Cambodia, a giant theme park in China or the latest super-cruise ships like Royal Caribbean Cruises Ltd.’s Ovation of the Seas, which can cater to more than 4,000 passengers as it sails the seas around China each summer.

That is when the real power of all the collected data comes into its own.  By knowing where a traveler is, how they like to eat, what they like to buy, which hotels they prefer and so on, travel platforms can begin to move beyond providing a passive service and start actively influencing your holiday.

A passenger whose flight has been delayed and who has not bought a meal since they left home three hours ago might get a phone notification offering a 10 percent discount at the restaurant they are about to walk past after going through immigration. An airline could raise fares on a particular route after learning that pictures of that destination are suddenly trending on social media. 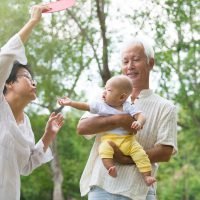 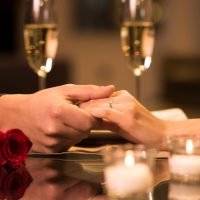 Valentine's Day : who are the big spenders in Asia-Pacific?
Featured Articles of the Week
Contributor 1 week ago