When it comes to luxury goods in China, “the future”, says Erwan Rambourg, “is female”. Mr Rambourg, who is global co-head of consumer and retail research at HSBC, says the market has undergone a deep shift, in no small part because of China’s anti-corruption drive, which tightened up rules on “gifting” between executives, largely men. “It’s moved from a male-, watch- and gifting-driven market to a more female-dominated luxury space.”

While luxury watchmakers selling in China have been plagued by overstock, volatile currency fluctuations and the anti-corruption campaign, the jewellery market in comparison looks brighter. Both are facing slower growth, says Mr Rambourg, but there are “fundamental differences” between the sectors which look likely to favour jewellery.

China’s jewellery market will not in the near future see 22 per cent annual growth, as it did from 2009 to 2015, but it nevertheless grew by 7.3 per cent to Rmb306.9bn ($47bn) in 2015, according to HSBC. Branded jewellery (ie from global companies) is due to grow from 20 per cent today to 30-40 per cent, according to figures from consultancy McKinsey.

The biggest names may still be foreign, such as Cartier and Tiffany, but several homegrown houses have expanded in recent years, providing Chinese consumers with Chinese jewels.

Hong Kong-listed Chow Tai Fook is the world’s biggest jeweller by market capitalisation (HK$54bn, $7bn) with a retail network of 2,286 stores. Revenue decreased 4.1 per cent in the six months ending in September, but executive director Adrian Cheng sees “potential” in some sectors of its business. Last month, however, the company warned that it expected 2016 profits to fall by 40-50 per cent because of “weak consumer sentiment in [the] Greater China region”.

Still, pursuing the fresh popularity of diamond jewellery for weddings and more, in 2014 Chow Tai Fook purchased Hearts on Fire — an American luxury brand — for $150m.

Chinese brands are also catering to their citizens abroad. Qeelin — founded in Hong Kong in 2004 and acquired by luxury conglomerate Kering in 2013 — is banking on Chinese travellers.

While Hong Kong has suffered from a fall in tourism from the mainland — down 18 per cent from January to March 2016, according to HSBC — a rebound in trips to Korea, Japan and Thailand has compensated. “They’re just shifting,” says HSBC’s Mr Rambourg. 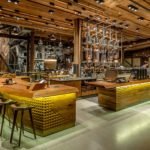 First International Starbucks Roastery to open in China
Next Article 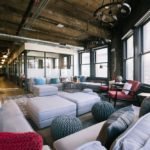