Last month, Chanel reported its financials for the first time in its 108-year history, lifting the company’s traditional veil of secrecy, in part, to quash speculation that it could be acquired.

What’s no secret, though, is that Chanel holds immense allure to shoppers.

In fact, it is one of the most desirable luxury fashion brand in the world fueled by the perception that it is amongst the most exclusive brands of all.

This is paradoxical when one considers that Chanel is also one of the most accessible luxury brands, as measured by pricing.

In fact, it has some of the lowest entry-level price points in the business, courtesy of its beauty products.

Cosmetics and fragrances allow the middle class to get a whiff of the lifestyles embodied by Chanel’s couture and prêt-à-porter offerings.

Indeed, Chanel is a master of category segregation.

Such segregation has allowed the house to maintain its air of exclusivity.

It may sound like a simple strategy, but it has helped make Chanel by far the biggest luxury goods mega-brand in retail equivalent terms, and only marginally smaller than Louis Vuitton in reported sales.

Critical to this success has been Chanel’s leading position in beauty, a category that is heavily dependent on multi-brand wholesale distribution.

While there are some disadvantages to wholesale distribution, from smaller margins to less control over brand experience, leveraging wholesale also means the company can have a relatively compact retail network.

As for profitability, Chanel reported an earnings before interest and taxes, or EBIT, margin of 28 percent, compared to 40 percent at Louis Vuitton.

This suggests Chanel has much room to push its profit margins higher, especially considering its sheer scale and the economics of beauty.

Chanel seems to be vastly outspending its peers on marketing support and communication, boosting its profile on both traditional and social media.

All this, and a traditional focus on organic growth rather than acquisitions, means the group boasts returns on invested capital that approach those of Hermès.

This is despite selling, general and administrative expenses equivalent to nearly half of Chanel’s sales as opposed to roughly a third at Hermès.

Again, this suggests there is room to rise further.

When Chanel announced its financials last month, the company said it did so to dispel the notion that it would ever be up for sale.

While the size of the company means only very large — and ambitious — players might be able to pull off such a deal, that still leaves potential contenders should it ever decide to open its doors. 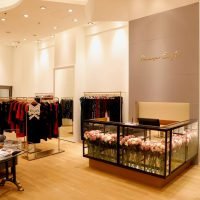 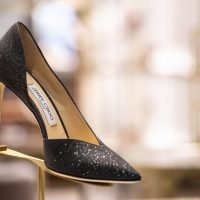