Balenciaga partners with Rammstein on a playlist

On 14th April 2021, an exclusive playlist by Rammstein for Balenciaga is available to stream or download on Apple Music.

Launching simultaneously, limited-edition Balenciaga x Rammstein merchandise will be in stores and on Balenciaga.com.

As an official curator on Apple Music, Balenciaga selects artists to create original playlists. Tracks are chosen by the selected artist or group, based on their personal tastes and influences. These creators are chosen by Demna, who started off the series by creating his own playlist.

The second Balenciaga Music playlist is by Rammstein, the German industrial metal band that formed in 1994. Accompanying the playlist is a limited-edition unisex Balenciaga line of clothing and accessories. These items feature the band’s official logo and an outtake from an iconic photo shoot, effecting unreleased vintage tour merch.

SEE ALSO : TUMI partners with McLaren on a new collection

To announce the collaboration, Balenciaga has photographed three diehard Rammstein fans wearing the new merch, surrounded by their own personal collections of rare ephemera. 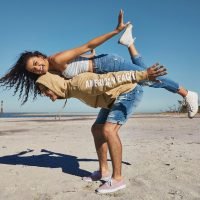 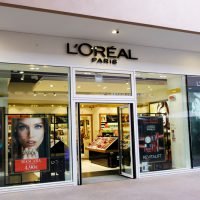