As China Cools, Lingerie Heats Up

Boosted by shifts in consumer behaviour, an under-penetrated and highly fragmented market, and a product that is relatively recession-proof, lingerie in China is proving to be a bright spot for international brands.

In 2015, the country’s underwear market was worth RMB167.2 billion (about $25.5 billion), up from RMB101.6 billion ($15.5 billion) in 2010, an increase of 65 percent, according to Mintel. For women’s lingerie (defined as women’s underwear, shapewear and nightwear), the boom was even bigger: sales almost doubled from RMB59 billion ($9 billion) to RMB117.6 billion ($17.9 billion) over the same period, at a CAGR of 14.8 percent. As a result, international lingerie brands are moving fast to reveal the business opportunity underneath consumers’ clothes.

“I think that all brands were a little scared of whether the Chinese market would accept the lingerie product,” says Fabrizio Malverdi, the newly-appointed chief executive officer of Agent Provocateur. Since entering the market in 2013, the British high-end lingerie brand has rolled out seven stores in Mainland China and one in Hong Kong, and is currently seeing double-digit growth across the region. “It’s over performing the [global] market,” he says.

“We are not differentiating the assortment we have in China compared to our stores in the US or in Europe,” says Malverdi, a luxury veteran who previously served as head of Dior Homme and president and chief executive officer of Givenchy Couture. Between Chinese and Western lingerie consumers, he says, “There is no real difference in terms of shopping. The real difference is that [Chinese consumers] do not come to buy one piece — they really come to spend three hours in the store and to buy the entire look.”

A few years ago, Chinese consumers favoured visible, logo-heavy luxury goods like handbags or watches over discreet high-end items like lingerie. But maturing consumers tastes are eroding the appeal of flashy luxury products. The government’s corruption crackdown may also have worked in lingerie brands’ favour, by making it less acceptable to be seen sporting designer goods. High-end items like La Perla’s $1,400 sheer bodysuits and Agent Provocateur’s $900 lace corsets fit the bill for consumers who want to indulge in luxury goods but not overdress.

Compared to ready-to-wear or accessories brands, international lingerie players are relatively new to the market — a fact that is buoying sales while spending slows in other luxury categories. “The risk of slowdown is limited compared to other players that are more ready-to-wear or accessories driven,” says Malverdi. By virtue of being hidden from view, lingerie is also less tied to trends and less prone to brand fatigue — both of which may prove advantageous in weathering uncertain economic conditions in the Chinese market.

Some analysts believe China’s lingerie opportunity is just warming up. Domestic lingerie brands like Gujin are launching higher-end lines, and as consumers trade up from mass to luxury brands, the women’s lingerie market will increase in value by 55 to 60 percent from 2015 to 2020 — outpacing the overall underwear market, which will to grow by just under 50 percent, predicts Matthew Crabbe, Mintel’s director of research for Asia-Pacific. Chinese consumers, he says, are becoming more willing to “invest not just in looking good on the surface, but also in buying higher quality, and especially imported, underwear.” 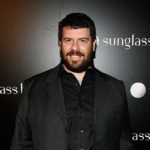 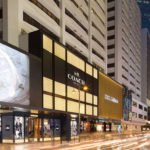