Apollo Tyres has set up an office in Malaysia, the third largest automotive market in the ASEAN region, as the company eyes expanding its presence in the country. The company already has a presence in Thailand and Indonesia.

Malaysia has above 90% radialisation levels in the commercial vehicle segment. Apollo Tyres, with its Apollo Endurace range of truck-bus radials, has already received high acceptance from Malaysian customers. The tyre maker is keen to further establish the Apollo brand at the top tier of the truck-bus radials market.

Similarly, Apollo’s passenger car tyres portfolio is capable of servicing nearly 90% of the Malaysian car tyre market, which is currently, one of the largest in the ASEAN region.

Subsequent to setting up its sales and distribution hub in Bangkok for the ASEAN region, Apollo Tyres has been increasingly focusing on expanding its footprint in South East Asia. The company is targeting a bigger share of the pie in the Malaysian replacement tyre market, which has an annual capacity of 580,000 truck-bus radials and 9.5 million passenger car tyres.

Apollo Tyres is building a complete team of sales and service personnel to service the Malaysian customers. 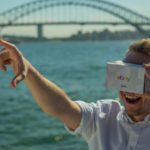 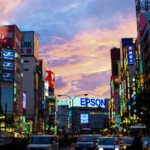