Jeff Bezos originally wanted to give the company the magical sounding name “Cadabra.” Amazon’s first lawyer, Todd Tarbert, convinced him that the name sounded too similar to “Cadaver,” especially over the phone.

Bezos also favored the name “Relentless.” If you visit Relentless.com today, guess where it navigates to… He finally chose “Amazon” because he liked that the company would be named after the largest river in the world.

2. In the early days of Amazon, a bell would ring in the office every time someone made a purchase, and everyone would gather around to see if they knew the customer.

It only took a few weeks before the bell was ringing so frequently that they had to turn it off. Also, Amazon got started out of Bezos’ garage and the servers that the company used required so much power that Bezos and his wife couldn’t run a hair dryer or a vacuum in the house without blowing a fuse.

In the first month of its launch, Amazon had already sold books to people in all 50 states and in 45 different countries.

3. An obscure book about lichens saved Amazon from going bankrupt.

Book distributors required retailers to order ten books at a time, and Amazon didn’t need that much inventory yet (or have that much money).

So, the team discovered a loophole. Although the distributors required that Amazon ordered 10 books, the company didn’t need to receive that many. So, they would order one book they needed, and nine copies of an obscure lichen book, which was always out of stock.

The company was dramatically under-staffed. Every employee had to take a graveyard shift in the fulfillment centers to meet orders. They would bring their friends and family and would often sleep in their cars before going to work the next day.

After that, Amazon vowed that it would never have a shortage of labor to meet demand for the holidays again, which is why Amazon hires so many seasonal workers today.

5. In early 2002, Bezos introduced the concept of “two-pizza teams” to Amazon.

Employees would be organized into groups of fewer than ten people — the perfect number to be satisfied by two pizzas for dinner — and were expected to work autonomously. Teams had to set strict goals, with equations to measure their success. Those equations were called “fitness functions,” and tracking those goals is how Bezos managed his teams.

“Communication is a sign of dysfunction,” Bezos said. “It means people aren’t working together in a close, organic way. We should be trying to figure out a way for teams to communicate less with each other, not more”. Many employees hated “two-pizza teams,” and especially the stress of the fitness functions.

6. Before Google had “Street View,” Amazon had “Block View.”

The A9 team started a project called Block View, a visual Yellow Pages, which would pair street-level photographs of stores and restaurants with their listings in A9’s search results. On a budget of less than $100,000, Amazon flew photographers to twenty major cities where they rented vehicles to start taking pictures of restaurants.

7. Jeff Bezos was a demanding boss and could explode at employees. Rumor has it, he hired a leadership coach to help him tone it down.

Bezos was known for his explosive or sarcastic responses to employees if he wasn’t happy with what they reported to him. It was said that he had hired a leadership coach to try to keep his harsh evaluations in check.

Here’s an excerpt from Brad Stone’s book on the origins of Amazon:

“During one memorable meeting, Bezos reprimanded [Diane] Lye and her colleagues in his customarily devastating way, telling them they were stupid and saying they should ‘come back in a week when you figure out what you’re doing.’ Then he walked a few steps, froze in mid-stride as if something had suddenly occurred to him, wheeled around, and added, ‘But great work everyone.'” 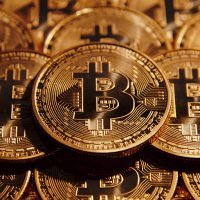 Bitcoins are to be accepted in more than 260,000 stores in Japan
Next Article 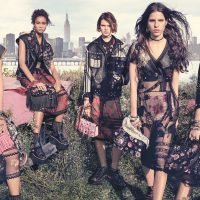 Is Coach wishing to become the next LVMH?