Korean culture has inspired the fashion world at great length. K-pop stars like G-Dragon and Doona Bae are regular front-rowers at fashion shows. K-dramas, too, are also a treasure trove for fashion inspiration. We’ve picked five shows for you to get obsessed with – you’ll love the story and, more importantly, the stars’ fashionable wardrobe.

Guardian: The Lonely and Great God

Gong Yoo of Train to Busan fame’s recent comeback to TV is a fantasy drama in which he depicts an immortal goblin. Living on earth for 900 and odd years have groomed the goblin into a perfectly polished gentleman. His coveted wardrobe includes latest statement pieces from Burberry, Lanvin, Giorgio Armani and more.

The Legend of the Blue Sea

The on-going TV drama stars two of K-pop’s hottest idols – Gianna Jun Ji Hyun and Lee Minho. The stylish couple boasts a coveted wardrobe of established brands such as Gucci and Versace as well as up-and-coming labels such as Sacai and All Saints.

Descendants of the Sun

Set in the middle of a war zone, the show follows a South Korean Special Forces agent played by Song Joong Ki and an army surgeon played by Song Hye-kyo. The melodrama has launched the couple into unprecedented stardom – both were tapped to become ambassadors for fashion houses.

The heroine played by actress Han Hyo Joo has generated a strong following among fashionistas. Known for her colourful wardrobe, Han wore plenty of printed numbers from the likes of Carolina Herrera and Prada.

My Love From The Star

Gianna Jun Ji Hyun plays a superstar in the show and her wardrobe is nothing short of glamour. Some of her most coveted outfits and accessories include a pair of sequined Jimmy Choo heels, a Celine stripy coat and a Hermès cape. 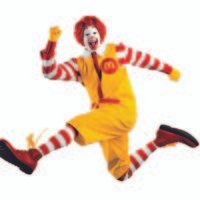 Why McDonald sells most of China and HK business ?
Next Article 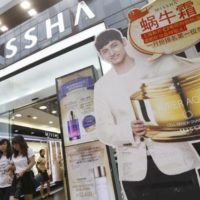 China bullies South Korea at its own risk