JD.com, Stepping Out of Alibaba’s Shadow?

Haoyu Shen is too dignified to characterise it as a ‘war.’ Seldom do company leaders use that sort of language outside the boardroom and the chief executive of JD Mall is no exception. In a recent conversation with BoF, Shen directed more than a few barbed comments at an unspecified ‘competitor’ but he wouldn’t be drawn on naming his key adversary on the virtual battlefield. No need. Anyone familiar with China’s vast e-commerce market knows that the two armies facing off are JD Mall and Alibaba’s Tmall.

Both are general merchandise B2C e-commerce platforms, selling everything from furniture to food to fashion. And both operate on an epic scale. Tmall, which hosts storefronts for major brands, including Burberry and Zara, positions itself as China’s largest online marketplace. According to iResearch China, Tmall’s market share of the B2C online shopping website market is over 50 percent, while JD.com’s share is less than half of this. However, JD.com claims the crown as the country’s largest online direct sales company and has been making an aggressive push to attract more international fashion brands to its stable.

In February, Shen’s team landed in New York where they made some waves for JD.com during fashion week by sponsoring a handful of young Chinese designers in a group show. Playing to the company’s strength with American merchants – Calvin Klein, Tommy Hilfiger and Gap are all sold on the site – Shen used the city as a launch pad to extend awareness to other industry leaders in the US. This week, his team are in London trying to diversity their international offering by recruiting UK brands in the same way they did in Italy last year.

Having just inked a deal with Wal-Mart estimated to be worth $1.5 billion, JD.com’s posture seems more aggressive than it has in years, but the Chinese market is still consolidating and competition is no less fierce. 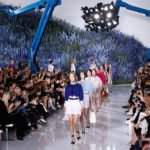 Wait time between runway and retail is consumer turn-off: Fashionbi Report
Next Article 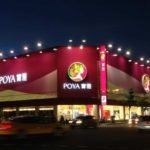