Flipkart to cut costs in pursuit of profit

One of India’s largest e-commerce marketplaces, Flipkart, is undergoing a significant restructuring process in pursuit of profit. The company is reported to be looking to cut costs by as much as 30 percent by merging departments, limiting hiring, automating warehousing operations and centralising purchasing.

According to The Times of India, the engineering department of Flipkart’s logistics arm, as well as the advertising and e-commerce units will be combined into one department.

A range of disparate categories — including large and small appliances, furniture, homewares, and kitchen products — will be combined into a single home category. As a result, a single sales and marketing team will now handle operations across these products.

The company will also merge procurement operations for such functions as media buying, IT and warehousing, with the company claiming a single centralised procurement unit will be better placed to negotiate vendor contracts than multiple separate teams.

Flipkart has tightened its returns policy, narrowing the returns window from 30 days to 10 days for most top-selling items. The company has also reportedly increased the commissions that its sellers are required to pay.

Morgan Stanley, an investor in Flipkart, recently lowered its valuation of the company by 15.5 percent to US$9.39 billion.

In April last year, the company’s CFO, Sanjay Baweja, said the Flipkart is on track to become profitable in two years. It appears that the deadline is looming, with Flipkart significantly ramping up its pursuit of profit. 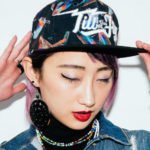 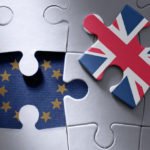