Lindsay Jang isn’t afraid of people smarter than her. She’s looking for them.

“I always hope to meet somebody who is way smarter than me, because I can take whatever they know and apply it to my business.”

Jang is the serial entrepreneur behind some of Hong Kong’s most successful brands and businesses, including Yardbird, Ronin, MissBish and Sunday’s Grocery. Dressed in a faded denim jacket, ripped jeans and chunky gold-chained sandals, she was the featured speaker at Hong Kong’s Infiniti Lab last week to share her secrets to success.

Accompanied by a short slideshow in black-and-white (a perfect example of Jang’s consistent branding) she broke it down into four key factors: Idea, Team, Money and Communication.

“Is your idea original?” Referencing the prolific rise (and fall) of frozen yogurt shops and New York themed steakhouses in Hong Kong, she said, “Instead of making another wheel, think about how you can make the wheel better.”

On Yardbird: “We didn’t invent chicken, or charcoal. There’s actually nothing about the food concept that is groundbreaking. But the reason it worked for us was because of our experience [in fine dining] and our vested interest in yakitori. We actually love it. That’s how your business succeeds.”

For the copycats out there, she warned, “Just because someone else is doing it and succeeding at it, doesn’t mean there’s space for you to take all their customers away.”

Building a strong team is “the most important thing,” according to Jang.

“Of all the ventures that I’ve started, the ones that have succeeded are the ones where I’m working with someone where I don’t do what they do, and vice versa. I can’t cook. Matt doesn’t know how to use email or smartphones. The diversity in our talents is great.”

Also, make sure you have someone who will “rain on your parade.” Using her sister as an example, Jang talked about the many times she’d come up with a brilliant idea, only to have it shot down by her sister for not being profitable.

She also emphasised the importance of defining roles and responsibilities early on, so that people know what they’re doing, who’s responsible for what, and have a clear path of where they’re going career-wise.

While you definitely need money to start a business, Jang’s a firm believer that “a good idea is more important.”

She encourages everyone to “fill out a P&L sheet. It doesn’t have to be complicated. You don’t want to underestimate [what you need] because — especially if you are opening brick and mortar and have staff to pay — you don’t want to run out of money and cut your runway short.”

Also, “Raising a bunch of money doesn’t mean you are rich or you’ve succeeded. In fact, it’s the starting point and it’s scary, because now you’re playing with someone else’s money.”

An expert on branding, Jang advises entrepreneurs to “Identify someone (or yourself) who can help you figure out your brand voice. Maybe your brand is fun and colloquial, or maybe it’s super proper and strict. But, you have to stick with that and once you have it, find your audience and start talking to them.”

Engagement is key, she continued. “You should always have an email and always reply to social media comments, even if they’re bad.” With Yardbird, “we’ve managed to build a global community around a 1,400 square foot restaurant at the end of a street.”

“Now, people from around the world come to Hong Kong just to eat there, and people who’ve never been there buy our T-shirts and photograph themselves in a far-off place that we’ve never been to.”

The best piece of advice Jang ever received came from her friend, the co-founder of sweetgreen in the US. He told her, “Every time we raise money, we hire smarter people,” including Karen Kelley, the woman who rolled out the Jamba Juice and Drybar chains in the US.

This advice has stuck with Jang ever since, who clearly understands the importance of investing in her team.

“Don’t be afraid of people who are smarter than you,” she said. Find them, learn from them, and if you can, hire ’em. 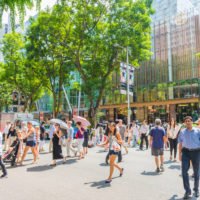 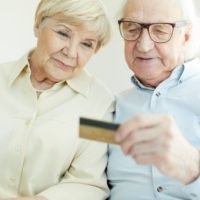 How seniors are changing the retail landscape